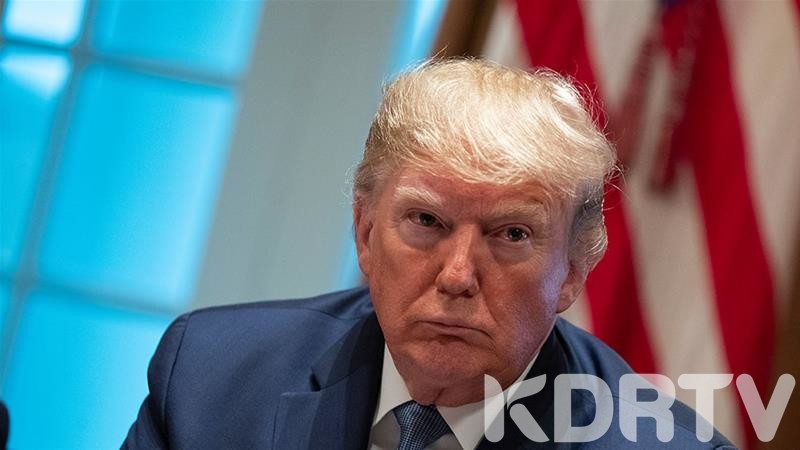 President Donald Trump  has been impeached by the Congress house of Representatives, and the impeachment materials are headed to the Senate for a trial which methodically might save Trump’s presidency because majority members are in the senate are Republicans.

The President is putting a brave face and is buoyant to face his “detractors or accusers” at the senate. All the focus now is in the senate where the Majority leader Mitch McConnell and Minority leader Chuck Schemer are locking horns on the battle at the floor of the House.

Minority leader is demanding for a fair trial and wants some officials whom the President barred from giving a testimony at the Congress to face the Senate committee to shed more light, a thing Mitch McConnell has vehemently refused.

Republicans are intending to hold a vote as soon as possible to save the face of the President but Democrats wants a fair trial which they hope will expose more serious offences the president has done in reference to foreign diplomacy in Ukraine and Russia where it’s alleged he demanded the Ukrainian authorities to institute investigation on the Bidens and the Burisma Oil Company where  Former Vice President’s son Hunter Biden served as a board member.

Only 3 Democrats voted against their peers basing on the political support on the ground from their respective districts which voted for President Donald in the last General Election and one of them giving a clear pointer that he is switching parties.

The Democrats need to convince at least six Republicans in the senate to enable them vote and remove President Trump from the Oval Office and make him a one term President.

The Congressional committee who conducted the impeachment proceedings have seriously dented President Trump’s legacy and might hurt his second term run if he survives the senate.

Like KDRTV Page.   Subscribe to KDRTV Newsletter.   Advertise with us.   Send us enquiries, press releases.
Subscribe to watch latests videos
In this article:Trump Impeached, US PRESIDENT