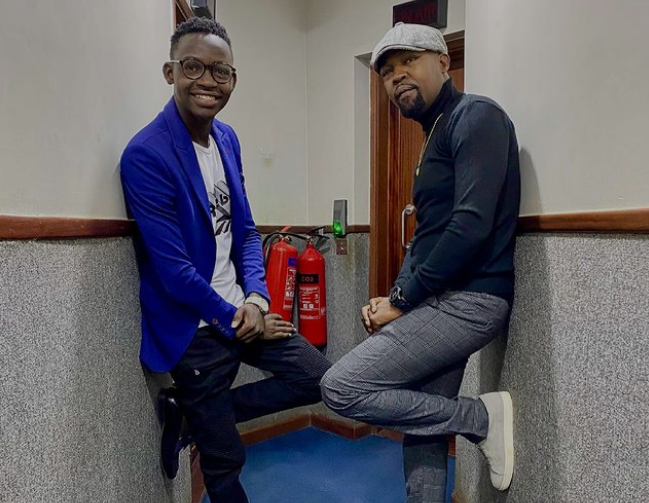 KDRTV NEWS: Comedian MCA Tricky has come out to deny that there’s a cold war between him and fellow Milele FM presenter Alex Mwakideu.

The two worked together on the FM’s morning show but were broken up after less than six months following the comedian’s employment where he was tasked to replace Jalangó.

Fans were quick to conclude the two had to be separated because they were beefing, something that MCA Tricky has now come out to deny.

According to the comedian, the two were separated because of reshuffles in that station that were brought about by a new boss.

The changes saw him move from the breakfast show to join Chris the Bass in the evening drive show as Jacqueline Nyaminde took up his position in the morning.

“If there is a person that I am friends with at Milele is that Mwakideu. Huyo ni morio wangu. We have never had an issue. What happened was just a normal re-shuffle of the line-up,” said MCA Tricky.

“A new boss came and you know that every boss has their way of doing things and made the changes. There is no way we could fight with Mwakideu. Kwanza we miss each other.”

MCA Tricky concluded his post by saying that working with Mwakideu was a big opportunity that made him grow and understand the industry.