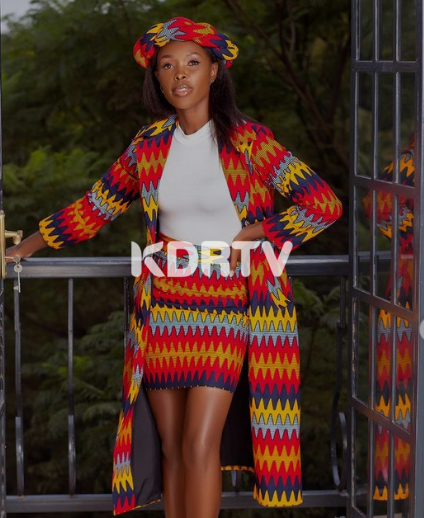 Papa Shirandula’s actress Jacky Vike popularly known as Awinja spoke about her childhood and growing up in a dysfunctional family.

Speaking to Jahmby Koikai on Engage Mtaani which gives public figures a chance to share their stories, Awinja revealed that her dad was a drunkard but still loved his family.

“My father was a very interesting guy. He would really embarrass us. He was a serious drunkard. There was not one day my mother would not be called to go pick her drunk husband. That was the norm it was not a big deal,” she said.

READ ALSO: Man Stabs Himself On The Chest, Stomach And Then Took Poison After Heated Argument With Wife

She narrated how hilariously her dad once asked them to carry alcohol for her from a lorry that had just crashed near their home.

“I remember there was a time in Majengo when a lorry full of alcohol fell, he came home so fast carrying alcohol and he told us to run fast. It was the plastic packaging and my dad told us to pick for him and we thought it was fun,” she said.

“This one time my father, when we had closed school we went to wester. Coming back, my grandmother gave us chicken. There is this belief that if you want your hen to go astray, let it jump a broom and a mwiko and best believe it will come back. This time I forgot and the hen did not come back and we went out there looking for it in the ghetto. Back then there were no thieves.”

According to the actress, her dad used to get drunk a lot but never forgot his family.

“But all in all, my father was the most loving and caring man, especially to his family. And he valued education so much.

“If you wanted to find my father, you would always find him at Majengo bussa place,” she said.

Watch the full episode below

Subscribe to watch latests videos
In this article:Awinja, Kenyan actress