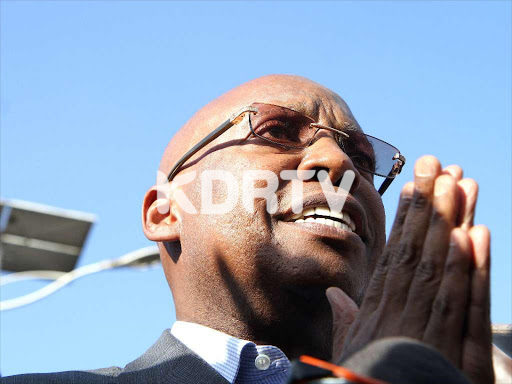 Billionaire Jimmy Wanjigi has appealed a ruling made in favor of the high-end Luxury Boutique shop, Fazal, that has sued him for Ksh 1.3 million for failing to pay for seven attires he bought.

Fazal is demanding the cash from the billionaire for allegedly failing to pay for five pairs of designer trousers and two jackets from Fazal, whose parent company is Ravello Limited.

READ ALSO: Man Stabs Himself On The Chest, Stomach And Then Took Poison After Heated Argument With Wife

Milimani Principal Magistrate D.M. Kivuti on January 22, 2021, ruled that Wanjigi should settle the debt after learning that the billionaire failed to pay for the Ermenegildo Zegna trousers and two Brioni jackets.

Wanjigi was also accused of failing to return a Ksh 67,500 pair of trousers that did not fit him properly.

Ravello Limited presented WhatsApp chats in the court from the two that showed he failed to make the payments and the company has been pushing him to do so ever since.

Ravello Limited said that Wanjigi promised to pay in 2020 but has been dodging them since.

Wanjigi, however, denied taking the trousers from them insisting that they are only after tarnishing his name.

“The defendant herein (Wanjigi) has averred in his defense that he is a total stranger to the plaintiff and that no goods or services were rendered to him.

“The defendant is a total stranger to the documents such as the WhatsApp messages the plaintiff is relying on in support of its claim,” Wanjigi challenged in an appeal at the High Court.