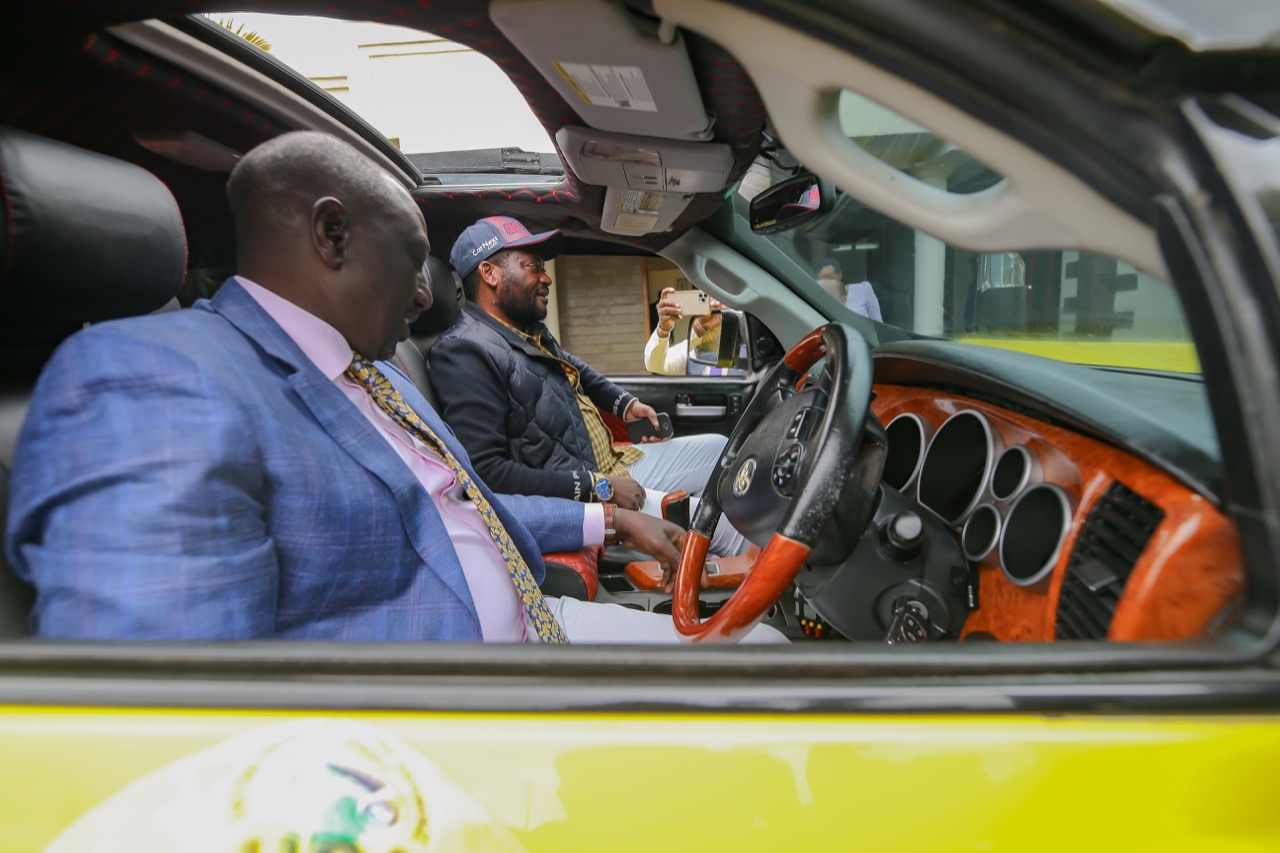 The presidential aspirant praised the team, describing their creativity as wonderful, in a message on his social media platforms.

The Kenya Kwanza flagbearer also thanked the hustler nation supporter for the gift, saying it would be a valuable tool for hustler nation campaign activities taking place all over the nation.

“Indeed Every Hustle Matters. Pimp My Ride: Creativity at its best. Thank you for your contribution to the Hustler Nation Campaign,” said Ruto. 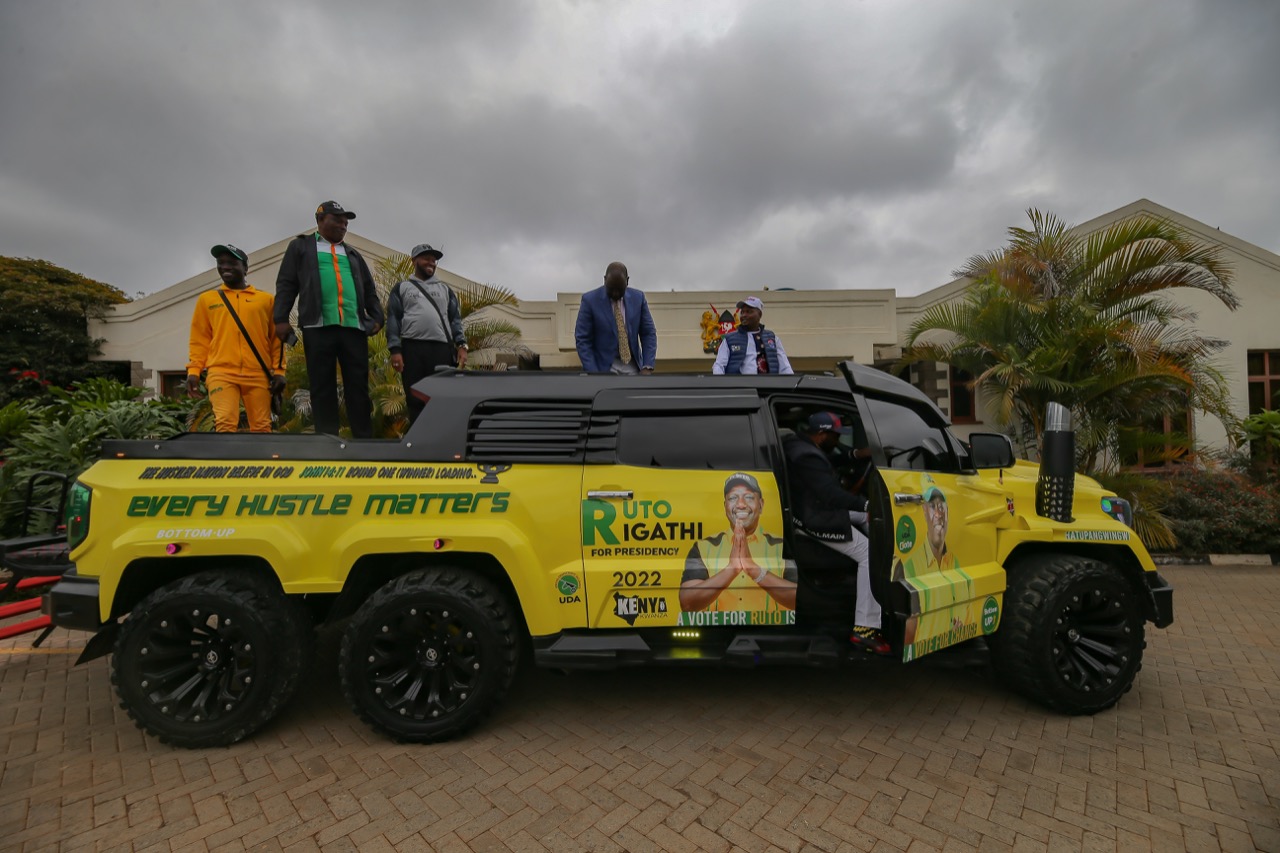 He then went on to a rally in Githurai, Kiambu County riding on the 6×6 truck.

A spot check by KDRTV shows that most of the similar 6-wheeled automobiles are valued between Ksh 10 million and Ksh 30 million.

Ford, Mercedes Benz, and Toyota are some of the brands that can be converted to 6-wheel vehicles; Toyota is the most popular.

“Anyone interested in building a 6×6 pickup truck needs a solid base. This is why the Toyota Land Cruiser is a perfect choice.  An off-roading truck with six wheels is on your wish list, be prepared to pay around Ksh 17 million.”

“Factoring in the donor truck’s cost, parts, labour, and finishing, this price isn’t quite as ludicrous as it might seem at first glance. Additionally, you get the added benefit that this truck will likely last forever.” A review by motor biscuit says. 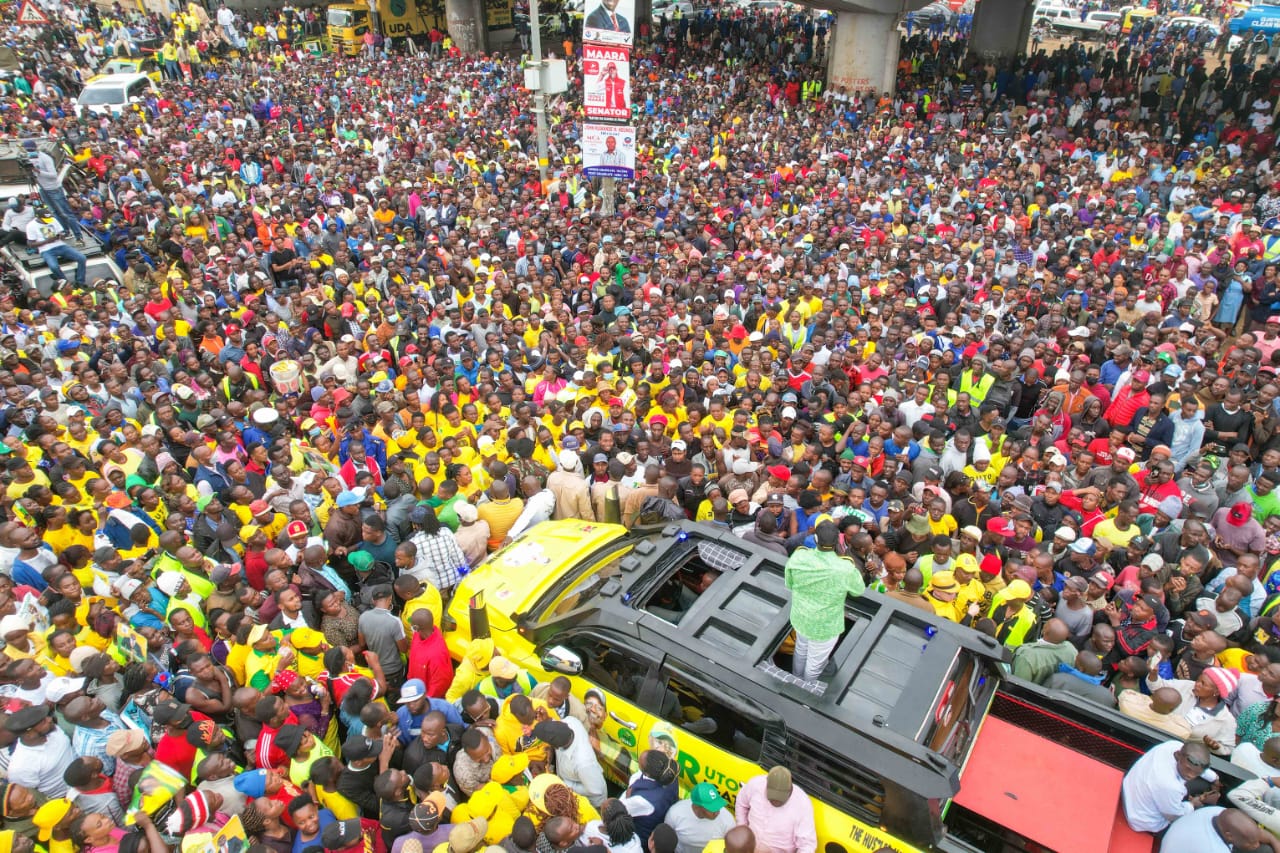 Kenyan elections have historically served as a competition for votes as well as a stage for the unveiling of high-end cars and helicopters.

Former Kenyan Prime Minister Raila Odinga garnered media attention in 2007 when he pulled up to a campaign event in a hummer.