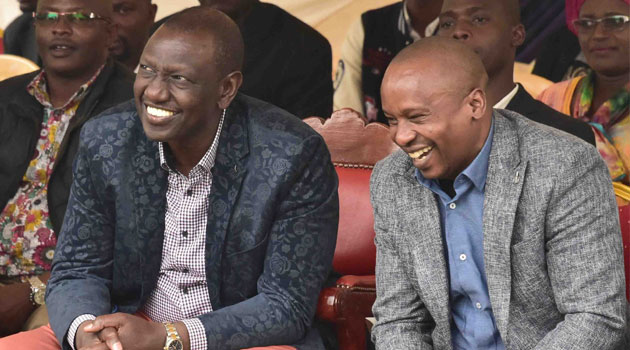 The Kenya Kwanza Alliance has opened a campaign nerve center located in Westlands with 3 weeks remaining until August polls.

The center will house several technical teams tasked with coordinating Ruto’s campaigns in the lead-up to the August 9 elections.

The center will be used by the alliance to get results for its parallel tallying.

According to Turkana Governor and Ruto’s director of campaigns Josphat Nanok the center has been operating since March.

“I formally welcome you to William Ruto’s Presidential Campaign Centre. This is where our technical teams have been operating from to plan for the elections,” said Mr Nanok.

Additionally, Kenya Kwanza has set up stations at the hub to organize campaigns across the 47 counties.

Ruto has expressed confidence in beating his rivals Raila Odinga of Azimio La Umoja, Waihiga Mwaure of Agano, and George Wajakoyah of the Roots Party in the elections on August 9.

“We have called you here to tell you that we are fully prepared and our candidate is going to win. It is in the spirit of openness that we want the people to know where we will be operating from,” he added.

Alfred Mutua expressed similar sentiments, stating that the alliance was prepared and organized to assume power after the election.

“As UDA, we begin with about 8 million members. This plus our coalition partners we are at 11 million strong members behind William Ruto,”

“We want to tell our members that we don’t trust the opinion polls that are being released.” She said.