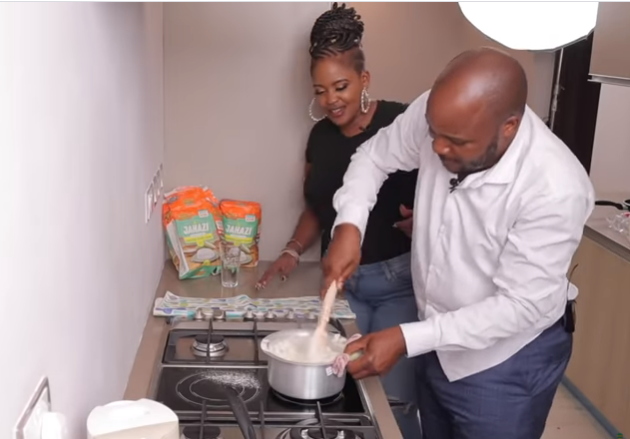 Radio presenter Jalang’o could not help but troll his co-host Kamene Goro after brutally exposing her as a bad cook.

Kamene has never made it a secret that she is not so prolific in the kitchen, and her upbringing totally justifies that.

Having been groomed in elite schools growing up, it is any wonder that the radio presenter is not so prolific in the kitchen, but we did not know the situation was this bad.

In a video shared on Jalas’s Youtube channel, Kamene Goro’s ultimate weakness was exposed – the fact that she was unable to adequately prepare Kenya’s most popular dish.

Speaking in the clip, Kamene admitted she only made ugali twice in her entire life and both times, her guest lamented on the poor state of the meal. 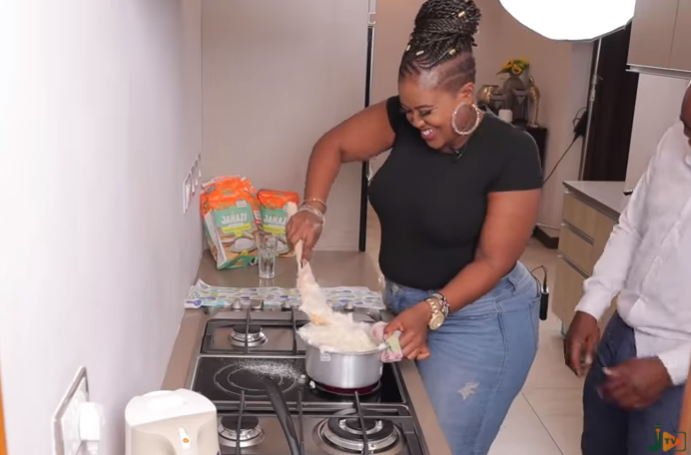 Being co-hosts, of course there is the possibility that the clip was rehearsed of scripted, but a keen looker will note that Kamene was struggling throughout the whole process.

At some point, Kamene is heard saying “This thing looks explosive”.

The entire thing was just hilarious to watch as Kamene struggled to turn the little ugali from the dish.

Despite a rocky start when they were paired for radio, Jalas and Kamene have grown to have awesome chemistry together.

As a matter of fact, the two recently landed a show on NTV in which part of the money raised will go to schools in need of food and hygiene resources to fight Covid-19.