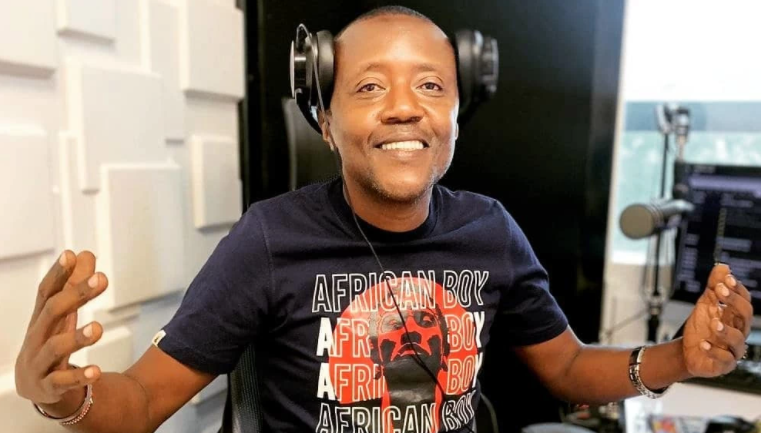 Maina Kageni is a name all too familiar among Kenyans, particularly those who love radio.

The Classic 105 presenter is one of the hottest properties in the country when it comes to the airwaves and he has come a long way through the years.

He recently appeared in an interview with fellow radio host Jalang’o where he gave a hilarious account of how he lied his way to a fat salary back in the day.

During the interview, Maina confessed to Jalas that he told his current boss Patrick Quarcoo that he was earning KSh 160,000 in his previous job when in real sense, his salary stood at 60k.

As is the case in the media industry, when you are being poached, fat offers are usually on the table. For Maina, the fact that he lied about his previous salary meant the offer coming to him was way above his range at the time.

“I get a call from Patrick Quarcoo, and we agree to meet at the Trattoria…So we sit down and he says you need to come. That time the phrase was make the ‘Big Switch to Kiss 100’.

So we talked about my salary; Nation were paying me Sh60K, so I told him I was earning Sh180, 000 and he doubled it. So he gave me Sh360K, and said join Kiss 100… I finish my tea and say I will get back to you. Went back to Nation and told my boss about the deal and he said Go. I left with his blessings and he said you can always come back but you need to go there,” explained Maina Kageni.

That was just the beginning of good things coming Maina’s way as he was offered a hefty incentive to stay with his new employers in the form of a swanky car.

“I get to Kiss and Patrick Quarcoo says I need you to get the ‘Nation’ out of your system. So he gave me two months’ salary, gross in cash and said go and enjoy yourself for a month and then comeback.

Nikaenda nikajibamba, then came back and started work, after three months he said you need an incentive, tukapelekwa Simba Colt motors, that time they had the newest SUV called outlander and told choose one, na tukapewa logbooks tukaambiwa hamna deni. Twende kazi sasa. How do you not give your 110% to something like that,” he went on.

It is kind to note that Maina initially never wanted to be on radio.

At the time when the radio gigs came to him, he was working as a promoter and had taken up an advert with Capital FM.

At his current place of work, Maina pockets not less than KSh 800,000 every month after tax.

Subscribe to watch latests videos
In this article:Celebrities, Kenyan Celebrities