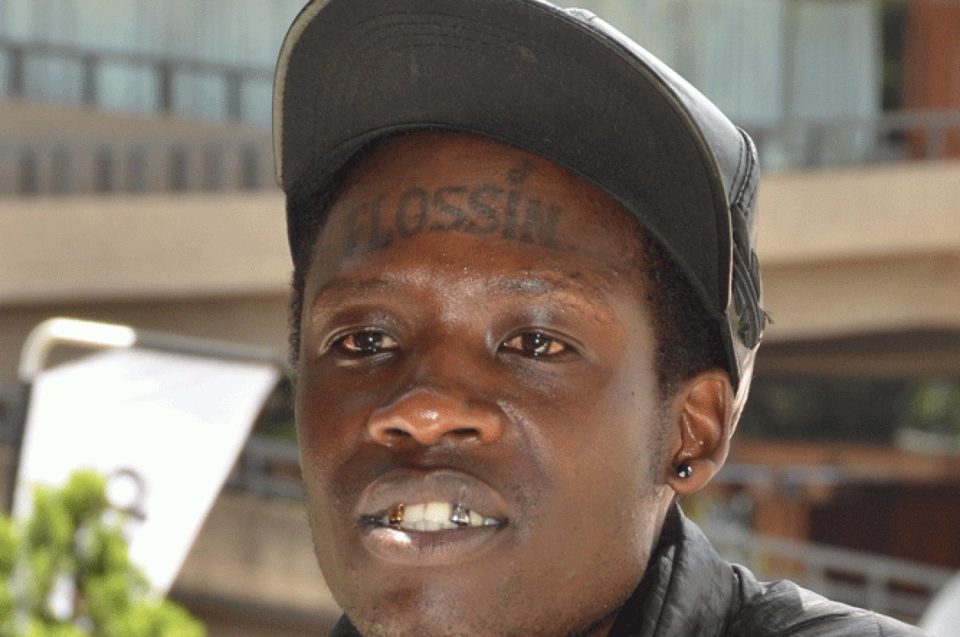 If you have walked in the streets of Nairobi, you must have come across the word ‘Flossin Mauwano’ inscriped in walls or in roads.

In this article, KDRTV looks into the little-known man behind the famous writings.

The name is associated with Stephen Mule, 30, who has been dubbed the “King of Graffiti” for his daredevil exploits. During a previous media interview with The Standard newspaper, he recounted how the phrase originated as a result of a terrible experience in his life.

“In 1997, I watched my parents get knocked down on the highway (along Langata Road) while escaping an irate crowd of youths following the election violence that had erupted.”

“The vivid picture of their lifeless bodies has forever been embedded in my head since then,” he revealed.

He was then left in the hands of her Stepmother who later decided to marry his father’s lawyer so as to divide the property that was left behind by Mule’s father.

Mule started hawking groundnuts for survival and while in the streets, he encounters many road accidents that made him to start thinking outside the box.

“I thought of how I could help, road signs were present but no one cared about them. As an artist I thought of how to combat the menace and came up with the slogan. It sounds mysterious but go check, most of signings are around blackspots.”

The art has taken on an aura over time, with numerous imitators plastering it in an attempt to identify with the slogan. 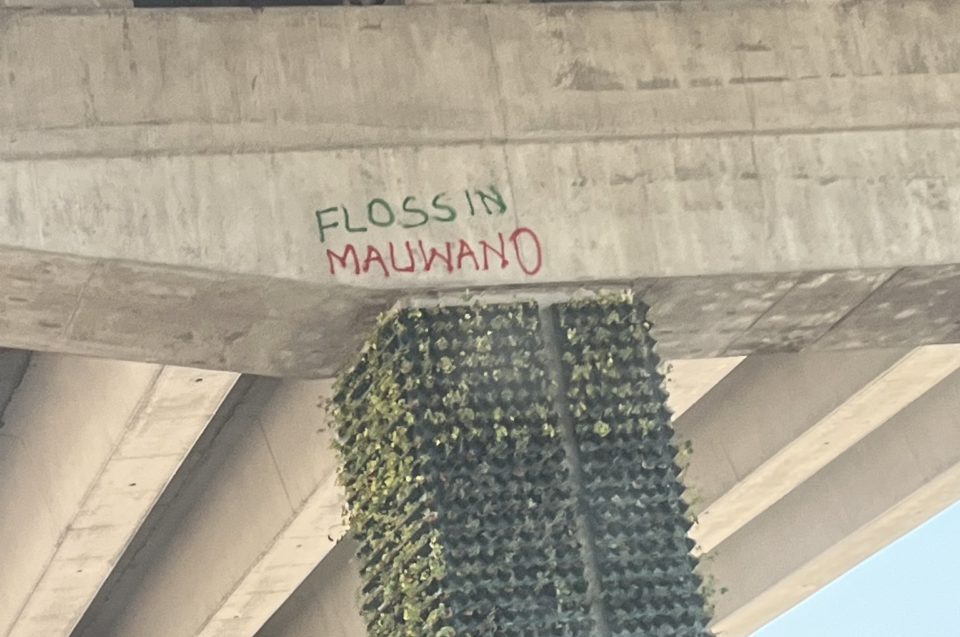 The slogan has however elicited mixed reactions online after being spotted in the newly built Expressway. Some netizens have linked it to political antics while others claim the phrase is the work of attention seekers.