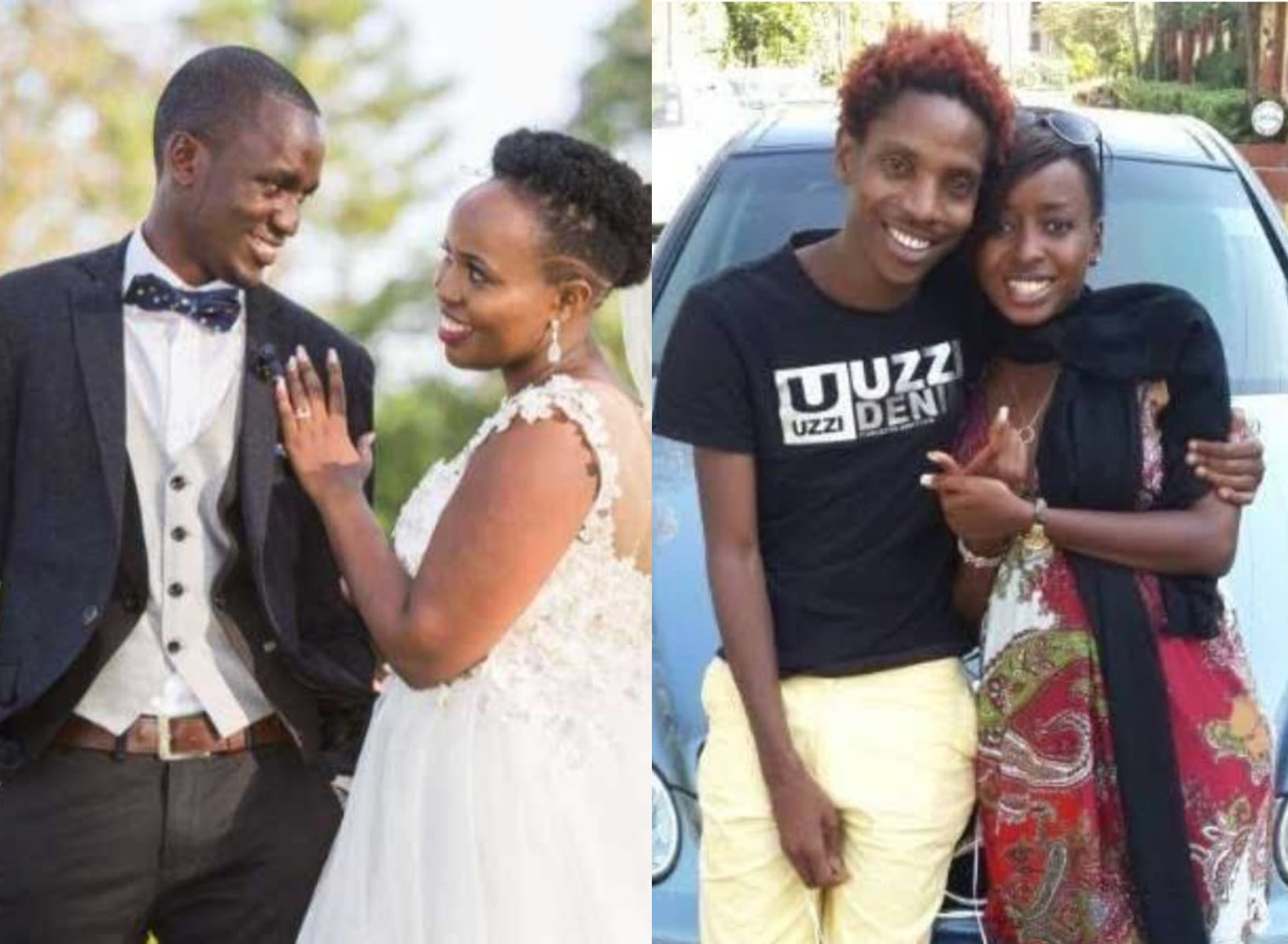 Citizen TV reporter Sam Ogina has threatened to sue Eric Omondi following his viral claims that Jacky Maribe cheated on him in 2012 and got pregnant following a one-night stand with the comedian.

The seasoned reporter further said Omondi’s allegation can be termed as an act of malicious defamation of which he intends to avenge in the court of law.

“I Sam Ogina wish to categorically deny the allegations by Eric Omondi that I was dating Maribe in 2012,” he said.

“What he posted is false and defaming and let he rest assured that i am coming for him. At the time I was dating my lovely wife Njeri.”

The reporter also threatened Omondi saying that if he continues dragging his name on social media, he will release the nudes that was sending his wife.

“What he posted is false and let him rest assured that I am coming for him. At that time, I was dating my lovely wife, Njeri,” he said.

“Eric had for long eyed Njeri and he has gotten over the fact that she chose me and we are married. Eric, provoke me further and I will release the disgusting skeleton pictures you used to send her,” Ogina wrote.

Omondi on Tuesday 2 was forced to post the confession that has left him a trending topic after he was criticized for faking a pregnancy with socialite Miss P.

The two took to social media to claim they are expecting a child just five months after meeting and having a one-night stand, something that notably angered his alleged baby mama Jacky Maribe.

“I met this Beautiful Woman 5 months ago in an event I was hosting. Whatever happened happened and I promised her I would take every Responsibility. Children are a blessing from God,” said Eric as he posed with Miss P holding her seemingly photo-shopped baby bump.

Omondi and Jacky are said to have 7-year-old following their relationship in 2014. Reacting to the viral post, Jacky claimed Omondi shouldn’t talk about supporting his kids while he has neglected his firstborn. 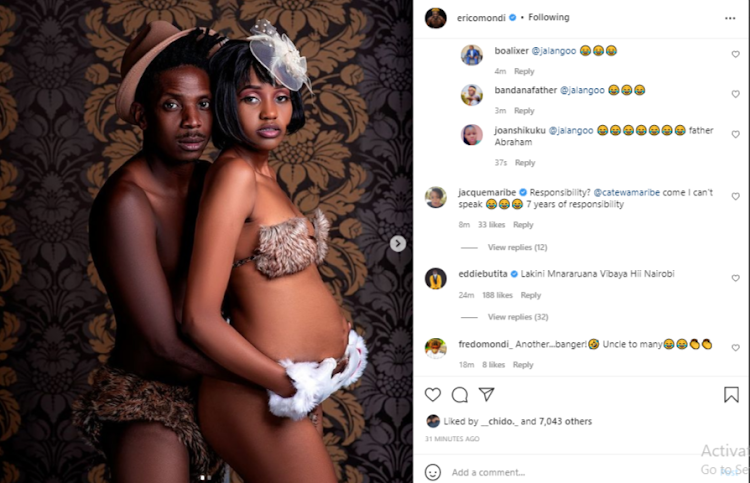 This prompted Omondi to blow everything up claiming he has neglected the kid intentionally because he suspects it’s not his.

He further claimed Maribe cheated on Ogina with him and got pregnant but failed to confirm who the father was.

“She then tells me “It doesn’t matter the mother always knows who the father is and that I am the father!!! During the entire pregnancy nothing happened and we barely saw each other. Roughly 4 months after the baby was born Jacque called me and asked me if I would help or be part of the baby’s life. I asked her for a DNA test so that I could comfortably be part of the baby’s life and SUPPORT fully. She got very offended and refused my request.”

“Yes. To all the questions on call and my messages and DM’s. Ati ‘are you back with Eric and are you upset with Eric?’ I do have a child with @ericomondi and we love him to the end of the world. We speak a lot, for hours,” she wrote, adding that, “We have chosen to raise our beautiful son in our way, not excepting anyone to understand us. We love each other as parents. Leo tea is just tea.”