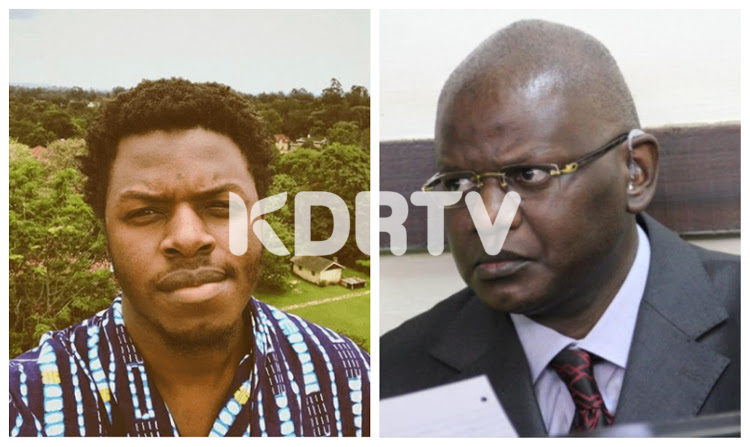 The son of famous TV news anchor Louis Otieno has surprised many by publicly stated he won’t be visiting his ailing mum who has been bedridden.

Taking to Twitter, Silas Miami aired his family’s dirty linen saying that her mum was abusive and big-headed, a reason why he won’t be going to see her.

“I’m told my abusive mother is very unwell. But this information was relayed to me by a third party because she is too proud to reach out herself,” he said.

“Even at death’s door, she refuses to swallow it and apologize – that is what narcissism looks like. Sending thoughts and prayers.”

Your parents beat you like a dog every day (and called you one, too) but you're here shouting, "…this is for them 😭."

Living solely to make your parents 'proud', if it continuously breaks you, is a trauma response.

But that's between you and that law degree you never wanted.

Sila, who lives in South Africa, left Twitter on fire with the tweet as many wondered why he can’t forgive her.

“If you’re a survivor of narcissistic abuse and you’re following the wild happenings over here I need you to know that I see you – your pain is valid,” he added.

Do it Now! US Authorities Gives Kenyan Mum 5 Days To Bury Her Son Or They’ll Dispose Off Body

“I believe you. And you’re going to be just fine. You deserved better and you owe nothing to those who harmed you. You are loved.”

Sila, who is gay, has never been happy with his parents who were against his union. His parents kicked him out when 17 years old.

I have woken up to so many of you telling me to be the bigger person – to forgive – to go to her. I just want to thank those people so much: they're made the work of blocking them so much easier for me 🥰🥰🥰 pic.twitter.com/bK8s2VLAp5

Early this year, he narrated how the two solicited money from him while his dad was unwell.

Otieno has been sick for several years following his controversial sacking at K24 which sent him sprawling downwards.