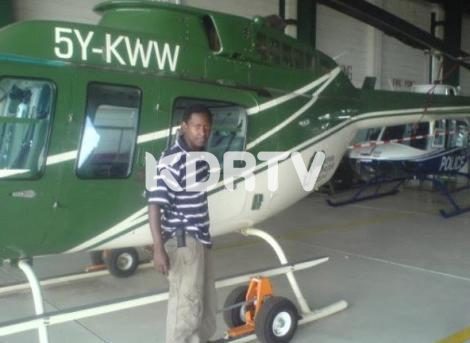 A Kenyan mother has been given five days by the US authorities to pick the body of her son and bury it or they’ll dispose of the body themselves.

The state of Georgia ordered Margaret Gathaga to work on the funeral plans in the stated days after her visa was rejected by the US Embassy in Kenya.

Her son, Evans Gathaga, who was a truck driver living in the US, has been in lying in the morgue since May 25.

His body was recovered from a creek close to his house by police officers a week after he was reported missing.

Margret, together with her Kenyan-based son, have been given till Tuesday 6 to work out how they’ll get to the US failure to which her son’s body will be disposed of off in Atlanta.

“Authorities in the US are still investigating how Gathaga ended up in the river,” said the mother. “I simply want to bury my son and get closure.”

According to reports, Evans body was found by Douglas Police in Lithia Springs.

Reports also indicate he didn’t jump but slid down as his shirt was caught on trees and twigs before falling into the river.

A fisherman spotted his body later on and called the police.

Reports also indicate the deceased last spoke to Bishop Mwawasi, a Church leader based in Marietta, Georgia. He allegedly sought help from the clergyman, saying he was seeing strange visions.

Police stated Evan’s body was in a really bad state hence can’t be transported to Kenya. Instead, Margaret was advised to travel to the US to see her son for the last time.

While in Kenya, Evans was an aircraft Engineer at Kenya Wildlife Service.

Subscribe to watch latests videos
In this article:Kenyans abroad, Kenyans in the US, Police in US