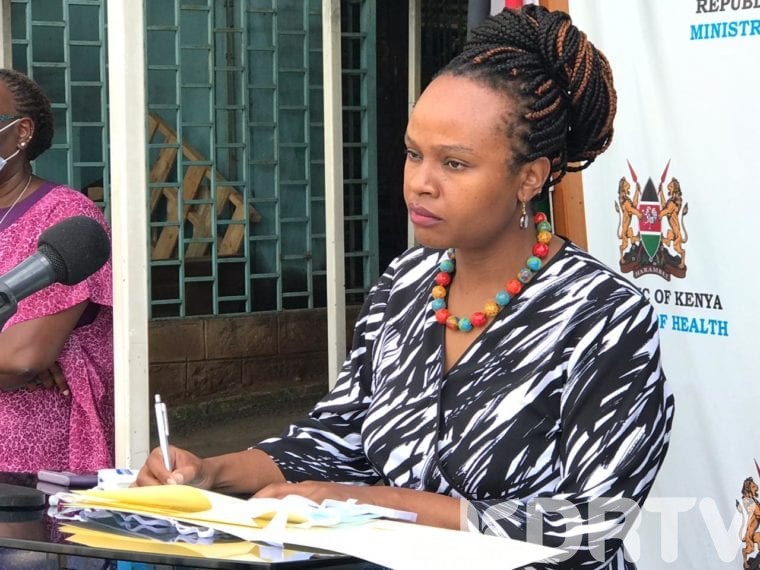 According to Health CAS Dr. Mercy Mwangangi, the patients include eleven Kenyans and one Somalia national

“Medical staff who handled the boy have been quarantined,” she said on Friday.

Thus, the number of coronavirus death in Kenya has increased to four

Dr. Mwangangi also announced that 300 tests had been done conducted over the past 24 hours and it is from the exercise that 12 more cases were disclosed

Reports indicate that the twelve patient has been moved to isolation in different isolation units defined by the government.

The age of the patients is said to be ranging from 28 to 58 years and that Kiambu has one patient, Laikipia 1, Mombasa 2, Nyeri 1 and Nairobi 7

According to the Health CAS, tracing has been done on 1433 samples from those in quarantine, and 617 are yet to be tested

KDRTV received reports that the Health Ministry is monitoring 1721 contacts and so far 1, 073 have been discharged

Authorities are currently tracking down 648 contacts

Meanwhile, the Health CAS has pleaded with those hoarding oxygen cylinders to release them for use at the hospitals