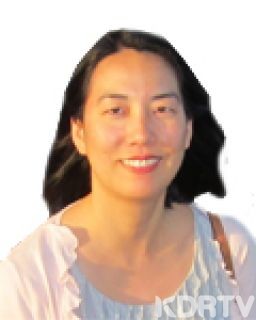 KDRTV–Time and time again in history, and today even in workplaces and beyond, it seems that a certain personality type keeps cropping up in positions of power: the tyrant. They are strikingly similar—charismatic and charming but also calculating and cruel.

They tend to have a blend of narcissistic and antisocial personality disorder traits such as a lack of empathy, grandiosity, thirst for power and control, lying and deceit, indifference to conventional laws or rules or morality, and more. The noted psychoanalyst Otto Kernberg and others often coined this type the “malignant narcissist.”

While people often discuss the history of malignant behavior and records of sadism and the horrific aftermath of these tyrants, what is discussed less often is that these leaders do not and cannot rise in a vacuum; they come to power on the backs of the masses they ultimately disdain and discard at will. It’s the people who follow these bully dictator types that we need to examine and reflect on as well; why do people worship and enable these leaders? What is it in human nature that makes us vulnerable to this repeated cycle of cruelty and danger?

Here I focus on some of the voluntary reasons people follow tyrants, although clearly these types also excel at abuse and involuntary manipulation and coercion of people to their own ends, such as blackmail, outright threats, gaslighting, leverage and control through associated friends and family members, and more. But with surprising ease, people also can easily worship and follow tyrants willingly.

One fundamental concern in human nature, that draws them to the idea of a higher authority or power, is the need for an idealized parental figure. Partly because while growing up, parents loom large as the overseers of your consciousness. Conversely, they can devastate you with their absence or cruelty.

They are the basis for your survival during childhood; and when things go awry with flawed parents or parental figures, for many, the craving for the support of a strong, perfect-seeming, powerful “parent” only increases. Unfortunately, this thirst for such a figure can obscure one to the truth that no such perfect figure exists; and a tyrannical leader can easily exploit and thrive off of this unquestioning worship.

Sometimes, unfortunately, it’s our goodwill and faith in human kindness that can doom us to manipulation. In a healthy society, mutual trust is a cornerstone of community strength, in exchange for abiding by general moral rules of community support.

But sometimes that leaves us vulnerable to those who don’t play by the same rules we do. We assume that any human being will appreciate or exchange the same social contract of mutual respect and generosity and empathy and fairness that most of us try to strive for. But sadly, we underestimate the machinations of sociopaths who mimic and use this generosity while at their core, having no concern for others. We assume the best of each other, which works in many cases, but is also an Achilles heel to the cold exploitativeness of sociopathic behavior.

Complicating matters is that such behavior occurs on a spectrum; clear and obvious “rulebreakers” like serial killers are one thing, but what about those who still abide by certain social graces on the surface, while at their core just pursuing their self-interest to varying degrees? Where do we draw the line between paranoid mistrust and oblivious naiveté? This grey zone of trust is where sociopaths thrive.

On some level, maybe we ourselves admire or envy the shark, even if we feel held back in our own lives for whatever reason from eating prey. Whether you are a secret shark lying in wait, seeing where you can bend the rules one day, or whether you envy what they win for themselves—confidence, power, or money—because you feel those are impossible goals for yourself, maybe you identify with and admire predatory behavior on some level.

Maybe on some level, you admire the dark side that you suppress within yourself or feel you couldn’t pursue due to other constraints, and you enjoy the apparent freedom with which those individuals break rules and achieve glory.

Humans are sadly status-oriented creatures, partly due to evolutionary behavior. The animal with the brightest plumage, who beats their chest the loudest, who appears with certain desirable physical attributes, who presents themselves as special or unusual gets more mating attention. Even babies and children are drawn to certain faces perceived as “attractive.”

And particularly in our modern capitalist society, we are obsessed with markers of material superficial success: the clothes, the car, the name-brand degrees, the managerial titles, the fame and glamour, and more. On some level, we all fall for the simple gambit of admiring these markers, whatever they may be. Unfortunately, these markers usually have no correlation to morality or kindness or depth of human character. They are badges of entitlement for show, and we can’t help giving them credit.

When people feel a lack of control in their own lives, they turn to fantasy figures or escapist outlets to regain a sense of power and ego strength. Sometimes they turn to religion and its all-powerful idealized figures, but more often, they turn to figureheads in their lives, be it celebrities, idols, and people who possess charisma and strength. These charismatic types are masters of outward confidence, self-assuredness, which is reassuring and infectious for those who feel unsteady or insecure in themselves.

When your relationship, economic situation, or happiness appears to be breaking down, it’s the allure of the person who seems to have it all together that draws you in and makes you hope for the same, even if it’s a phony promise.

Some people would rather stay in the seeming safety of the sidelines, and let someone else run the show, perhaps due to fear of responsibility or retribution. This passivity can work to some extent in terms of hiding from initial attention or conflict, but it can be a dangerous way to enable tyrants to proceed unchecked.

It also allows a person to stay in a child role of sorts, and avoid ownership of their own problems as they let someone else take over. It’s a form of evasion that gives the tyrant more power, since no one is willing to confront or stop their transgression.

There is a great appeal to aligning with others who also fall in line, who are in sync with the group in charge. From grade school onward, peer pressure is massive, to avoid being the “nerd” or “oddball” who doesn’t look smooth or confident. To some extent, this social pattern doesn’t change, even in adult society, although thankfully the range of acceptable confidence and avenues for self-fulfillment are much more diverse.

Unfortunately, certain career or social tracks remain narrowly defined, and the ones who align the best with the designated “norms” achieve more power and followers. Those followers enjoy basking in the glow of the successful leader’s approval and clique acceptance, even when the leader’s whims turn malicious or rely on putting others down.

It’s easier to be exploited by a confident tyrant when you don’t doubt or examine their statements or motivations with a critical eye. Unfortunately, many people seem fine with going along with the status quo, unwilling to stay informed or read about issues of importance or question items that don’t make logical sense.

They also don’t seem as skeptical or worried about too much power concentrated in the hands of any single individual, and what that can lead to. Or conversely, they are too cognitively rigid or overgeneralizing, leading to scapegoating and prejudice, which can easily be exploited.

Overall, there are understandably human tendencies, our foibles and insecurities and aspirations, that draw us to the boldness of the tyrant, but also leave us vulnerable to their ruthlessness, indifference, and exploitation. We need to maintain a healthy skepticism for any person who acts too good to be true, who never seems to doubt themselves, because ultimately, it’s normal to be flawed and unsure about life sometimes, to push forward through mistakes and confusion, and to forgive those who are still growing, changing. Overconfidence can be alluring but is ultimately a tactic, even a dangerous one. We cannot heedlessly follow tyrants.