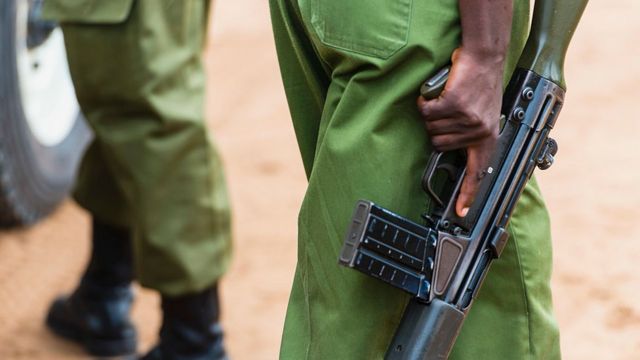 Two police officers in Garrisa Police Station have been arrested after failing to explain the mysterious disappearance of 18 rolls of cannabis sativa to be used as exhibits in a court case.

Constable Akuku David and his colleague Robert Birundu are now being treated as the main suspects in the case following the disappearance of the drugs that were confiscated from an alleged drug dealer.

“On August 31, 2021, detectives acting on intelligence leads had detained 25-year-old Joy Mawia Mutua, who was in possession of the drugs that had been carefully concealed in her body,” DCI reports.

“Upon arrest, the drugs were recovered and kept as an exhibit. The suspect was placed in custody and later released under unclear circumstances.”

Mutua was, however, re-arrested on Wednesday, September 1, and taken to Garissa Police Station pending arraignment to answer to her crime but the evidence was missing.

“…things took a different turn as the two officers could not produce the exhibit to be presented in court. This prompted their immediate arrest and placement in lawful custody pending further police action,” the DCI report added.