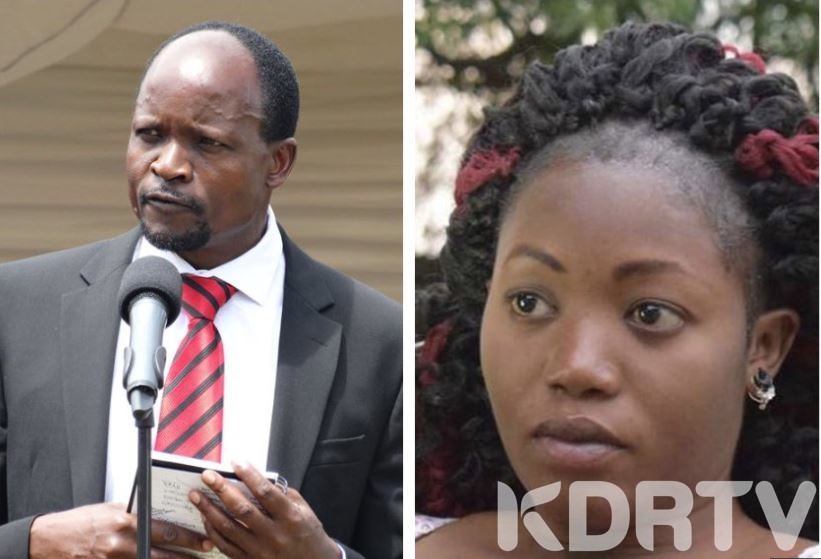 30 witnesses have been lined up to testify against Migori Governor Okoth Obado in the murder of slain Rongo University student, sharon Otieno.

The case has been scheduled for December 2 and 3 respectively this year, where the Governor was charged with the gruesome mother of the estranged lover with her unborn baby.

According to the prosecution, there are two witnesses that are under protection and carry the weight of the case with others aligned to document the happening of events that led to Otieno’s death.

Late Sharon Otieno aged 26 was a Rongo University student and Migori Governor Okoth Obado’s girlfriend before she met her untimely death on September 4.

She went missing on September 3, and her body was later found in Kodera forest, Homabay County, tortured and killed in murder most foul, with her unborn baby.

A postmortem conducted revealed that the 26 year old was stabbed 8 times, with strangulation and rape.

Migori Governor Okoth Obado was the main suspect together with his aides, with DNA tests revealing he fathered the unborn child of the slain university student.

Following the murder, Obado was arrested and arraigned in front of Justice Jessie Lesiit who later released him on cash bail of Sh5 million and two sureties of the same amount each after pleading not guilty.

Obado’s aides Mr Obiero and Oyamo were believed to be the masterminds behind the murder, with raveling events recounting their last meeting with the deceased.

The two were freed on Sh1 million cash bail each and an alternative bond of Sh2 million each.

With the case just a month away, the family among close friends recently commemorated the first year since her death with hopes of getting justice for their daughter.

BREAKING: Migori Governor Obado freed on Ksh.5M bail after spending almost a month at a remand prison in Nairobi over Sharon Otieno's murder