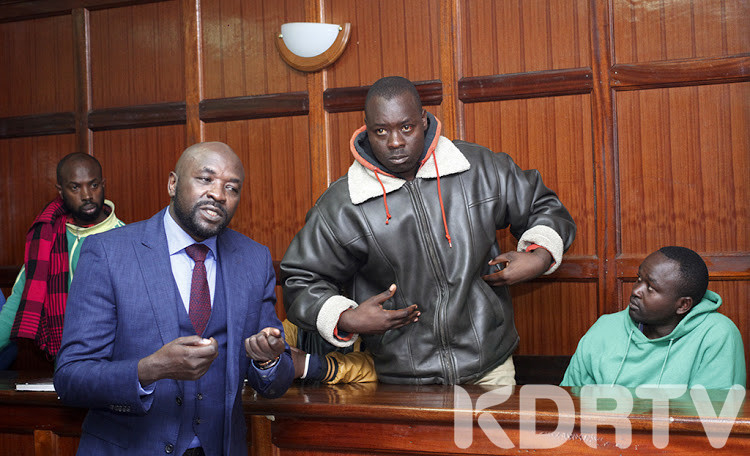 The six among them three police officers were on Wednesday also charged with damaging property belonging to logistics firm G4S valued at Sh1 million.

Milimani Chief Magistrate Francis Andayi ordered that the six who pulled off the Sh72 million heist be released on an obligee surety bond.

Read: Waititu’s Wife Throws in the Towel After Crackdown on Husband.

They were also ordered to deposit their travel documents with the court.

On Monday their counsel Cliff Ombeta told the court that his clients were tortured and beaten while in police custody and were in dire need of medical attention.

One of the suspects, Owuor said his finger was pierced with a needle, pepper forced into his system and was threatened with simulated drowning — to force him to admit he was a police officer. He is not an officer.

Another man, police Corporal Duncan Kaveshi, displayed head and arm injuries inflicted by what he said was a police beating.

Read Also: Kisumu County Speaker and 19 others Charged for Fraud Over Kisumu Mall.

They were dumped in Thogoto Forest, Kiambu county. They belonged to Stanbic, KCB and Barclays banks.

The six posed as G4S security escorting cash from the G4S headquarters along Witu Road.

Subscribe to watch latests videos
In this article:G4S,Money Heist,Standard Chartered