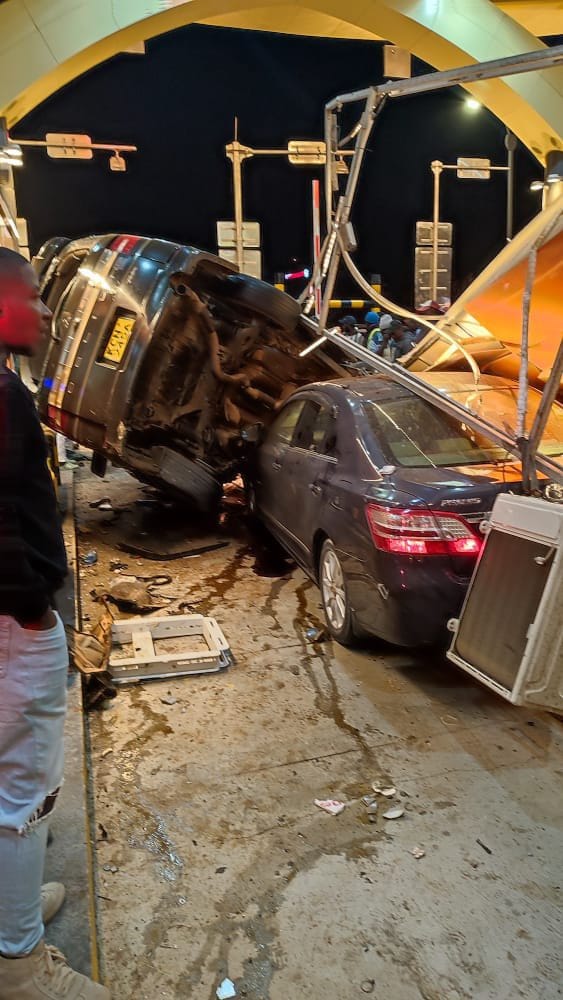 Vehicles involved in an accidents on express way

One motorist died in a crash that injured several people in a grisly accident at Nairobi express way Mlolongo toll station. The crash happened on Saturday 25 June 2022 evening. The incident was confirmed by the Arthi River base commander Agness Mutuku.

Nonetheless, one toll attendant was injured and later rushed to the hospital to receive treatment. Immediately, the affected booth was closed.

several precautions were put for the motorist using the Expressway. The speed limit for motorists using the 27-kilometer road is 80km/h speed above the required limit will be treated as a traffic offense punishable by the law.

“The Expressway design speed is 80km/h, so you will be required to drive at the prescribed speed limit shown by the traffic signs along the expressway. It is illegal to organize or take part in any race or speed test,” Moja Expressway states in one of its precautions.

Also read Uhuru: Kenyans Are Free To Use Express Way From Next Saturday

However, motorists are required to observe all the traffic rules and regulations applicable on any other Kenyan roads.