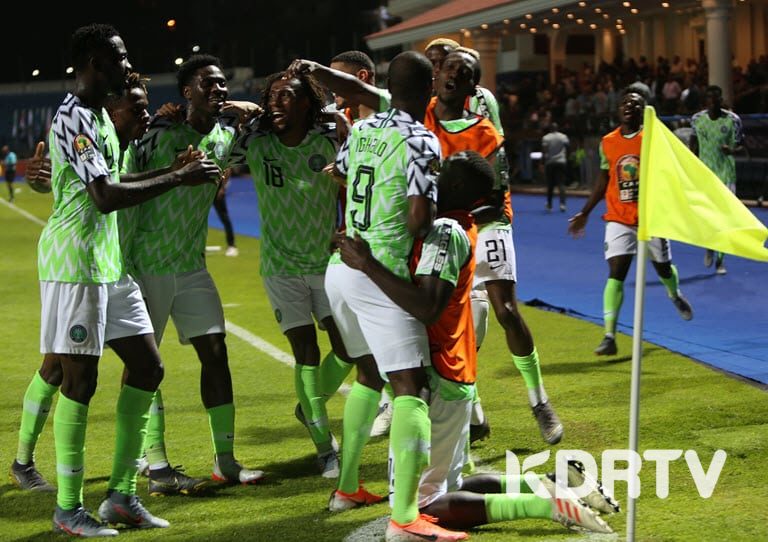 Nigeria sealed the fate of Cameroon, the defending champions of the Africa Cup of Nations (AFCON) after beating the 3-2 in Alexandria stadium, Egypt on Saturday night.

The super Eagles players will consequently take home around Ksh. 3.6 million each for the hard-earned win.

Each players was given Kshs. 1.2 million by The Nigeria Football Federation (NFF).  On the other end, Captain Osar Okubor, a diehard fan on the Super Eagles gave out Ksh. 1.9 million, while the Government of Nigeria coerced the sum by giving the players Kshs. 485, 000 each.

Reportedly, prior to the commencement of the AFCON matches, the players threatened to boycott training over payment matters but all is history now.