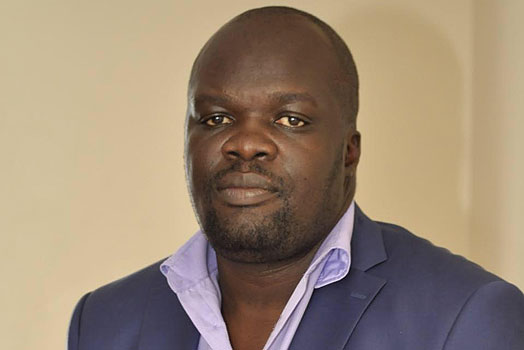 (KDRTV)-Controversial businessman, Chris Obure has been charged with the offense of failing to secure his firearm that was used to murder the late Kevin Omwenga.

His bodyguard Robert Ouko Bodo was also charged with having a gun without a valid license. Bodo was the one who shot Kevin, instantly killing him at his house in Gallana suites, Kilimani.

The two suspected murderers were presented before Magistrate Sinkiyian Tobiko on Friday where they denied all the charges and were released on a fifty thousand shillings cash bail each.

Their murder case will be mentioned on September 30 but the bail hearing for that case is scheduled for Monday next week.

The prosecution team had earlier opposed the release of the two suspects on cash bail and wanted them to remain in custody until the case is heard and determined.

Robert Alai was one of the people reacting to that ruling; He accused the magistrate, Sinkivian Tobiko of lucking knowledge and consistency to perform her job diligently.

Robert wondered how she released the murder suspect on bail when she denied him bail for almost a week for comments he made on twitter.

Alai also laid a slight dig on the chief justice for allowing the release of the murder suspects for a cash bail of a paltry 50,000 shillings.

Robert insinuated that Maraga might be the one who influenced the release of the two suspects given that Obure is a Kisii like him which is a narrow way of thinking by the controversial blogger.

Here is what Robert Alai posted;