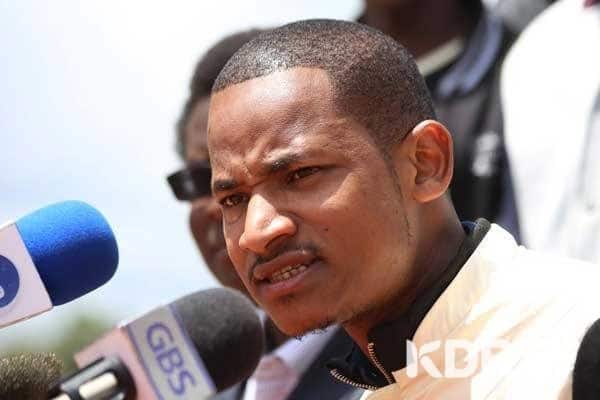 KDRTV understands that on Tuesday, June 29, NTV announced that DJ Evolve who has been recently discharged from hospital after allegedly being shot by the MP is still bedridden and cannot do anything by himself.

According to the story, the DJ has not fully regained his voice and is still struggling to talk during the interview 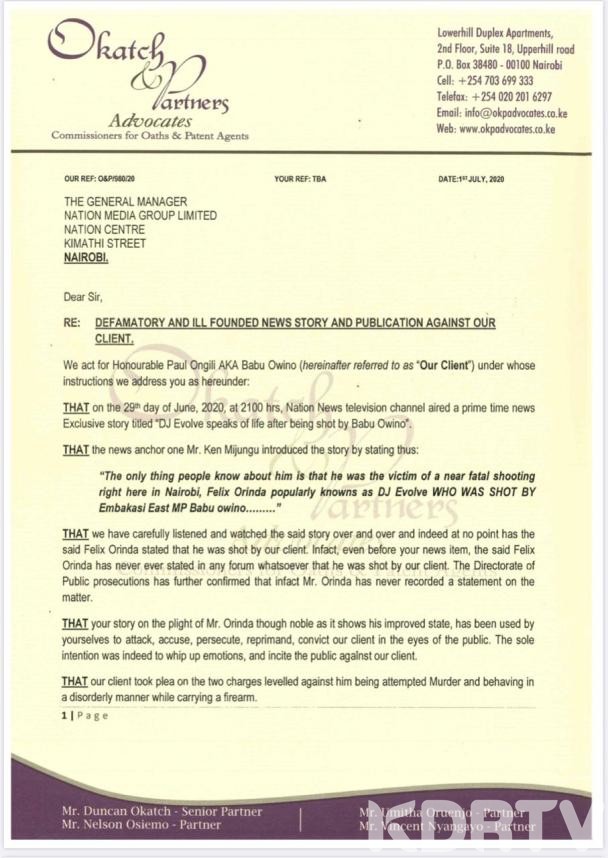 According to the MP, the media house incited the public against him

“That your story on the plight of Mr Orinda though noble as it shows his improved state, has been used by yourselves to attack, accuse, persecute. reprimand, convict our client in the eyes of the public. The sole intention was indeed to whip up emotions, and incite the public against our client, ” the demand letter dated July 1 reads. 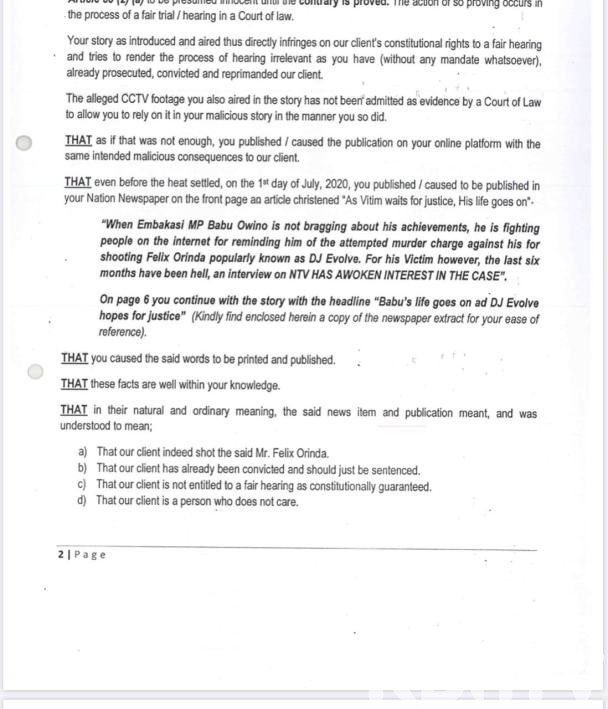 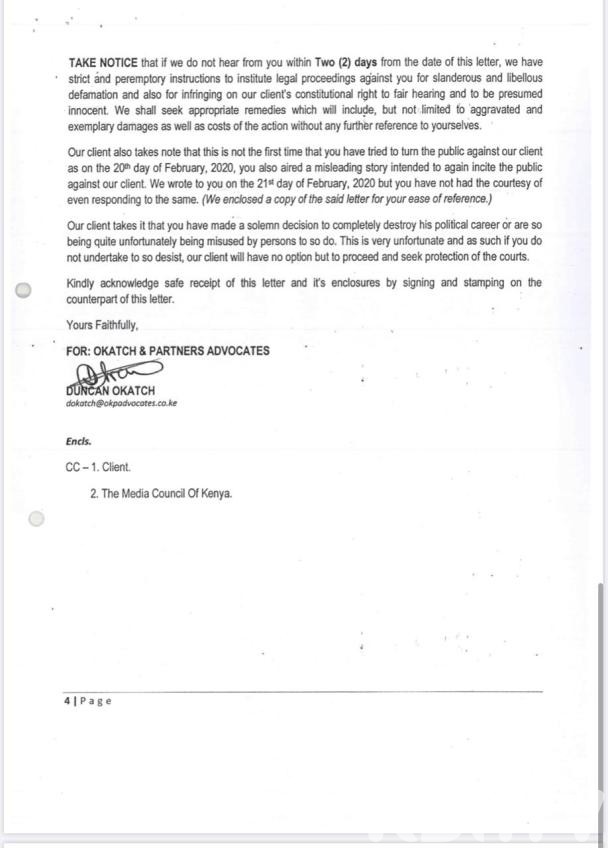