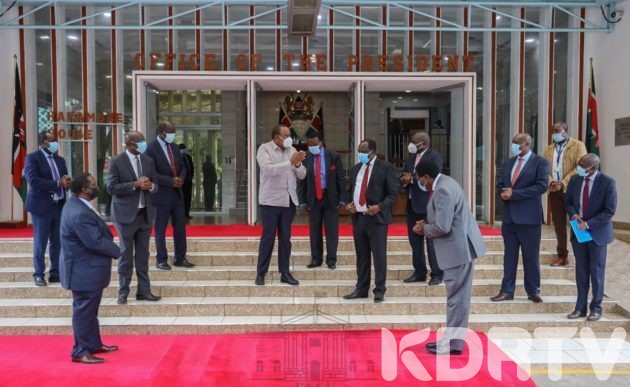 The first in command affirmed to the leaders that the government is committed to reviving the sector by fast defining the implementation of the sugar taskforce report.

So far, the Uhuru`s government through the Ministry of Agriculture has published sugar sector regulations and is also looking forward to strengthening the legal framework to affect the sector`s reforms

Others include COTU`s Francis Atwoli and Devolution CS Eugine Wamalwa

The president shortly after the meeting awarded a 52-seater bus to the Nzoia Sugar Company Chairman Joash Wamang`oli.

The bus will be used by the Nzoia Sugar Football Club for sporting activities; the president also gave 2 million to the team.

KDRTV understands that the club is sponsored by the Sugar miller