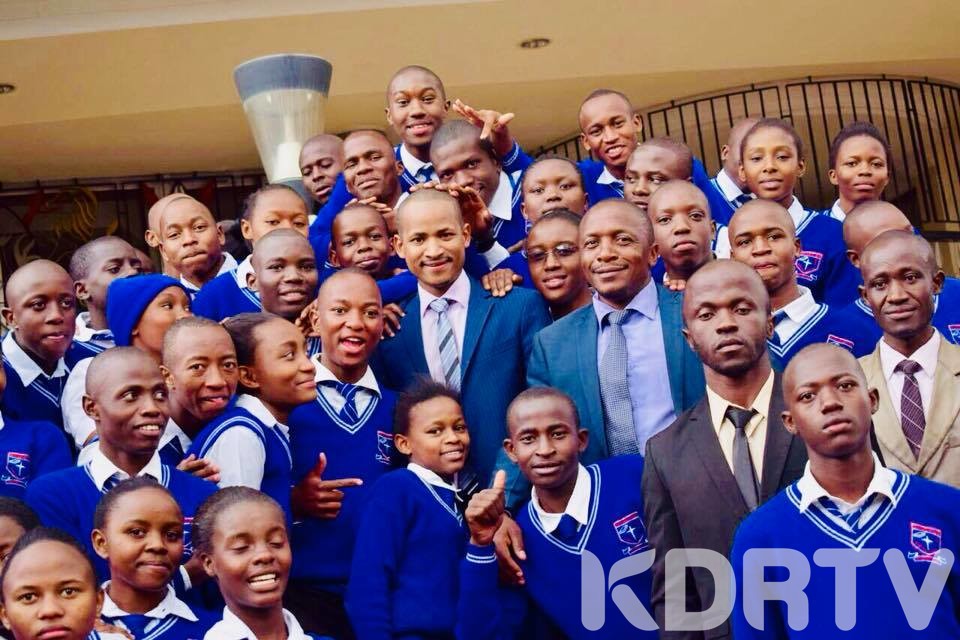 (KDRTV) – Embakasi East MP Babu Owino has come to the rescue of a KCPE candidate who wrote a suicide note, threatening to take her life due to lack of school fees.

According to a story on Citizen Digital, the 13-year-old girl from Nyalenda Slums in Kisumu sat for her KCPE this year and managed to score 391 Marks. She has been called to join the prestigious Asumbi Girls.

But trouble started when the girl realised that she couldn’t join her dream school as her humble parents were unlikely to raise the Ksh 53,544 fee required for the year.

“I know it is not the only way to solve this problem, but it is the best option for me to take,” read the suicide note.

Upon seeing the story, Babu pledged to pay the girl’s school fees so she can also achieve her dreams. The MP further revealed that he was giving the girl the same opportunity he was afforded by the community through donations.

“I will pay school fees for this leaner to ensure she achieves her dreams. A child belongs to the community and I would like to give an opportunity to others the same way I was given through fundraising and through selling Chang’aa,” reads a message on Babu’s Facebook Page.


Having grown up in Nyalenda slums, Babu Owino has first-hand information on the hardships that young people encounter on their way to realizing their dreams.

The first time lawmaker has never shied away from talking about his tough upbringing in Kisumu and how his mum sold Chang’aa to educate him. Since getting to parliament, Babu has been championing for the rights of the Kenyan Youth. He has been very vocal on unemployment and has criticized the government for trying to force jobless graduates to pay their HELB loans.