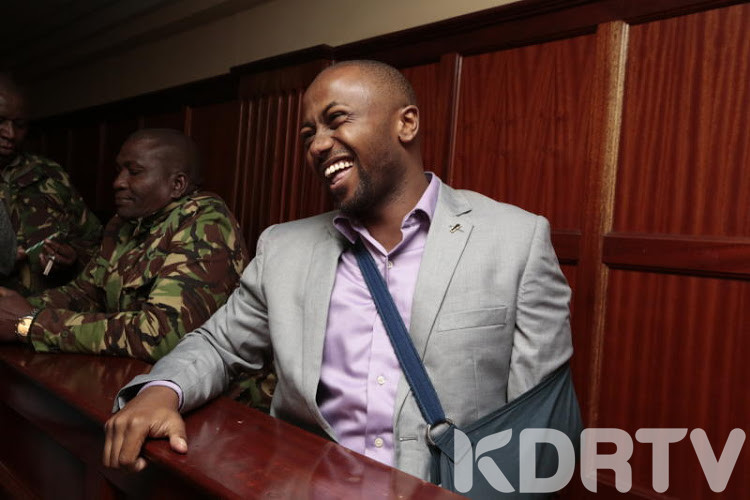 (KDRTV) – Joseph Irungu alias Jowie has been released from the Manyani Maximum Prison on a KSh 3 Million cash bail.

Jowie who is the main suspect in the murder of businesswoman Monica Kimani has been in prison since September 2018 when he was arrested.

In his ruling on Thursday, Justice James Wakiaga said that there are no compelling reasons to continue detaining Jowie and that circumstances had already changed.

Welcome to the free world Jowie. Being granted bail was long overdue. We will continue praying that justice is done for all, the late Monica, Jacque and yourself.

The accused has been cautioned from commenting on the case.

Jowie had been denied bail twice on the basis of being a flight risk and lacking a known address.

His co-accused Jacque Maribe, his fiancee at the time was granted bail.

Sarah Wairimu, the main suspect in the brutal murder of her husband Tob Cohen, was released on bail last year. Embakasi East MP Babu Owino is also out on bail after being charged with an attempting to kill DJ Evolve. A section of Kenyans claimed that Jowie was only in prison because of his status.

Monica was found dead in her apartment, along Lamuria Gardens in Kilimani on September 19, 2018. Her hands had been tied from behind and her throat slit. Her family also claimed she had been raped.