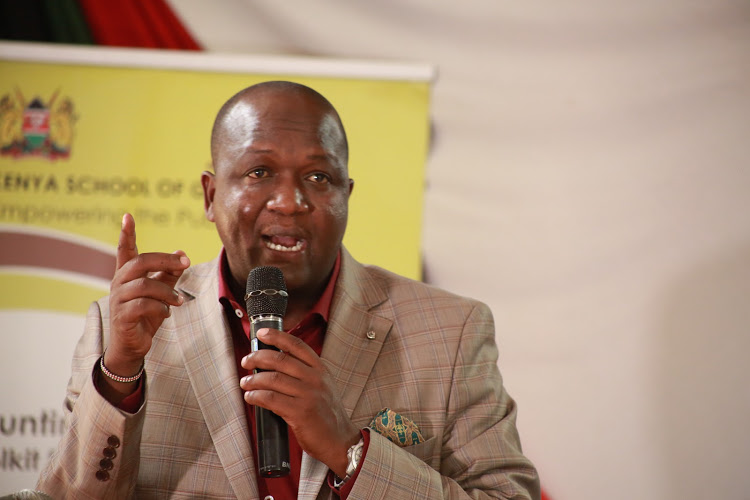 The lawmaker was speaking during an interview by Citizen TV when he made the sentiments.

“You cannot tell us that you cannot change the Constitution, it belongs to the people. It doesn’t belong to the courts and was a dangerous judgement,” the MP claimed.

According to the MP, the judgment that he referred to as a mess could have been avoided from the beginning by appointing the right and competent judges according to him.

In the ruling, the five-judge bench resolved that the constitutional amendment proposed by the BBI was illegal, null and void.

The judges also ruled that the IEBC did not have the required quorum to regulate and oversee the referendum process including the verification of the signatures and even other preparations.

The judgment thus permanently barred IEBC from preparing any referendum.

“As a commission we have engaged our lawyers and discussions are ongoing… in the course of this week, we shall be lodging an appeal in the Court of Appeal and it’s for the simple reason, sometime in 2018, the High Court presided by Justice Okwany made a determination that article 250 of the Constitution is what applies to the Commission,” Chebukati said.

KDRTV understands that the BBI was established after the truce between President Uhuru Kenyatta and ODM arty leader Raila Odinga.

Though the duo had not hinted at any collaboration in 2022 affiliated to the BBI, a section of Kenyans had hinted the same.

However, the truce took a new direction after the referendum proposed by the BBI was overturned by the court: a section of Kenyans hinted that the judgment was a foul play that was not unique to President Uhuru Kenyatta who many people allege to have tricked ODM leader Raila Odinga.

However, the pro-BBI will appeal the ruling which they claims was not fair.

Previously, President Uhuru Kenyatta and Raila Odinga were confident that the BBI was successful.