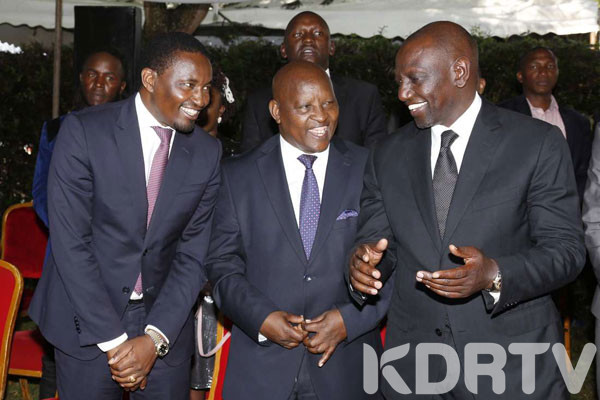 Nyeri Governor Mutahi Kahiga, who until recently has been at Ruto’s side during his numerous Mt Kenya trips, made the decision to switch allegiance after he missed out on the list of governors who visited Uhuru at State House Mombasa last week.

Kahiga, who is a poltical greenhorn and only became governor following the death of Wahome Gakuru in a tragic accident in November 2017, now regrets the decision to back Ruto despite Uhuru calling for leaders to stop early campaigns.

Speaking during an interview on a local radio station, the governor said that he was convinced by Ruto’s numerous visits to Mt Kenya. He said he thought the DP held a brief from the President but he has now realised that things could be very different on the ground. Ground vitu ni different.

“DP Ruto has been in Nyeri for many times and I have been attending his functions as the county governor. I have however come to realise that things are totally different from what I initially thought,” he said.

The governor now wants to go back to Uhuru’s good books.