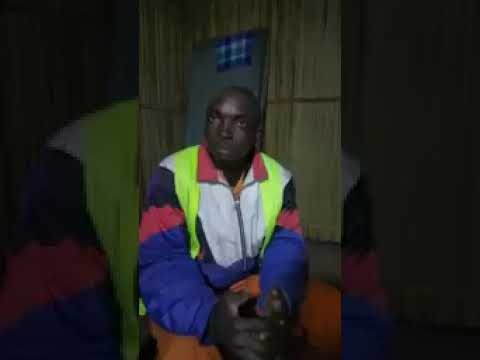 A Boda Boda rider has confessed to raping a 5-year-old girl in Makongeni area after picking her from school.

The rider, who confessed in a viral video during interrogation, said that he picked the girl from school, and while on his way home, upon reaching Little Angels Academy, he dragged her behind the plot and did the inhuman act.

He then took her home and left her at the gate and resumed work like nothing had happened.

The girl told her parents who informed the police. The rider was then arrested at his workplace where he confessed and blamed the devil for controlling him.

He even shocked other boda boda riders during the interrogation by saying that young said consent to the act.

Police also believe it wasn’t the first time the rider raped the young girl. Asked whether the young girl bled or cried during the gruesome act, the rider said that she didn’t.