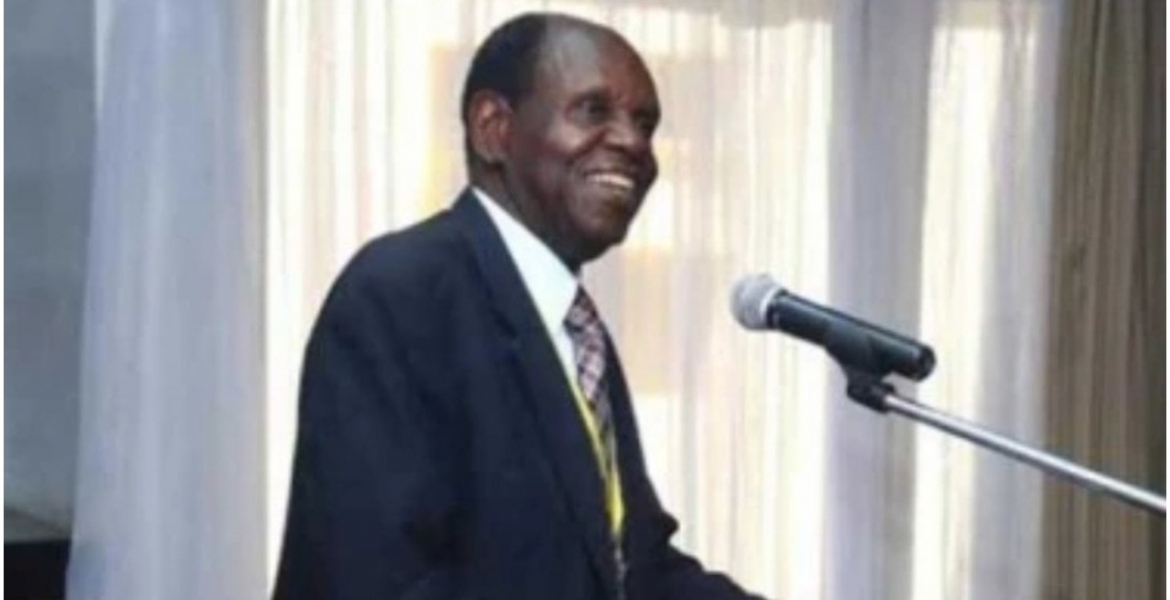 Presidential candidate Mukhisa Kituyi is currently swimming in murky waters after a woman filed a complaint against him.

In a report published by People Daily, the woman identified as Diana Opemi Lutta is accusing the politician of pushing, punching and kicking her last month while in Mombasa after she denied him some actions under the sheets.

The two, who have been secretly dating, were in popular Nyali hotel Tamarind Village when they clashed.

“Assault report to the station by one Diana Opemi Lutta (who) has submitted a report today the 22nd day of May 2021, at around 0200 hours. She has been assaulted by a person known to her within Tamarind Village, namely Mukhisa Kituyi whom she claims to be her boyfriend,” reads a police OB.

READ ALSO: Bien Leaves Many Wide-Mouthed After Allowing Wife To Sleep With Other Men

Opemi also accused the presidential hopeful of pushing her off the bed and raining kicks and blows while she was on the floor.

Mukhisa, who is in the coast to popularise his presidential bid, denied the claims insisting the lady is lying.

Opemi is believed to be his mpango wakando since the 65-year-old Bunguma native is married to mzungu. 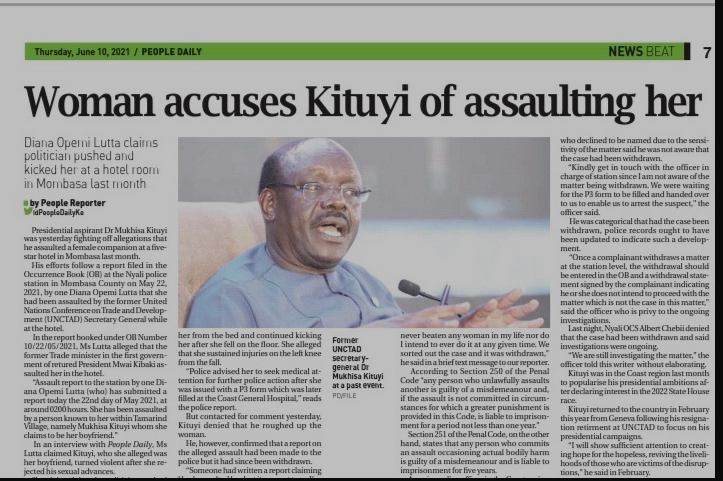 Subscribe to watch latests videos
In this article:Mukhisa kituyi, Tamarid