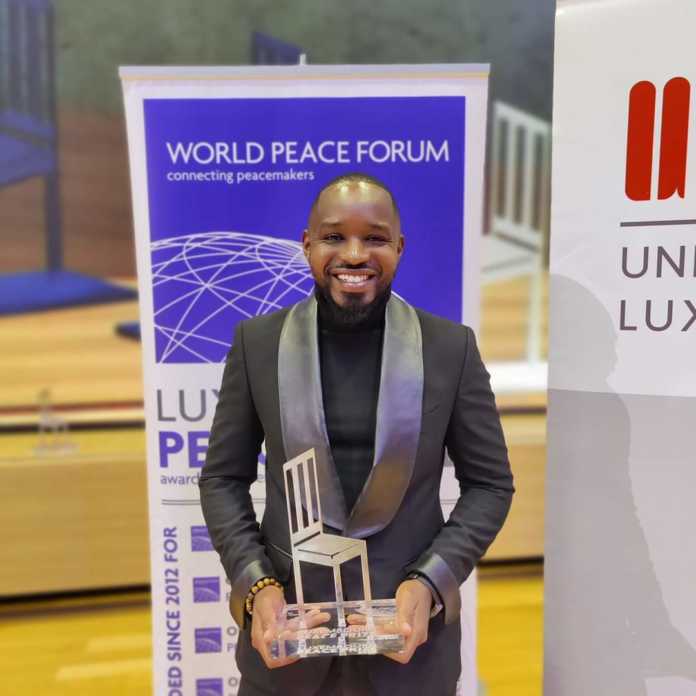 KDRTV- Social activist Boniface Mwangi has been recognized by Schengen Peace Foundation and Luxembourg Peace Prize for his peacemaking efforts.

Boniface Mwangi then took to his social media to thank people for giving him support.

Thank you everyone for your very kind words.

“Schengen Peace Foundation and Luxembourg Peace Prize Announced me as the 2020/21 Outstanding Youth Peacemaker for my Pre-eminent Efforts and Initiatives to Promote Peace.”

“I am still a very good photographer, give me paid work! I can train, speak and I have copies of my book Boniface Mwangi Unbounded if you haven’t read it! This is my personal Facebook page, so you most likely have my number, let’s talk.

KDRTV understands that Boniface Mwangi has been arrested by the Kenyan police several times for his effort to seek social justice.

Sometimes back, the activist was forced to seek refuge to the United State and his family after he claimed that some people were after his life.