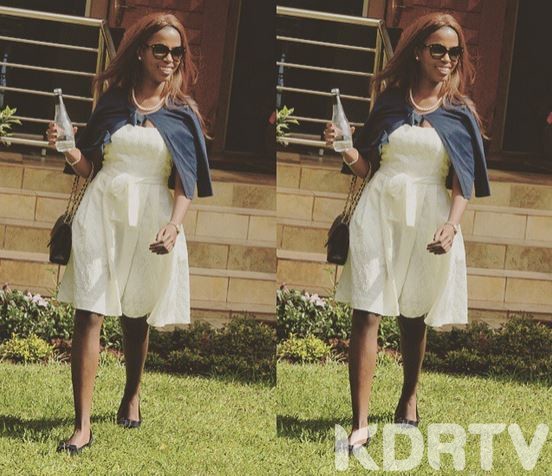 (KDRTV) – Police in Lamu County have arrested the boyfriend of Keroche owners’ daughter Tecra Muigai over her death.

Tecra, the lastborn daughter of Keroche CEO Tabitha Karanja and her husband Joseph died on Saturday.

She was also the Director of Strategy and Innovations at the multi-billion firm.

KDRTV has now learnt that she was involved in an accident about a week ago in Lamu.

She was in the company of her boyfriend identified as Omar Lali, during the accident at a private residence.

Lali is a well known beach operator in Shella town. They had been in a relationship since mid last year.

I am so sorry to Mr Joseph and Mrs Tabitah Karanja following the loss of their daughter Tecra Muigai in an accident.

Mama, you know how much I value you. I know the pain you are going through. Just know that we are with you through this difficult period. #RIPTecraMuigai pic.twitter.com/ZyB1INDUOk

Locals said the two had been seen together on numerous occasions chewing Miraa. They used to spend time at a local hotel before moving to the residence.

Tecra allegedly fell from the staircase on the fateful day. She was rushed to a local hospital but her situation did not improve.

On April 23, she was taken to the Manda Airstrip where she was airlifted to Nairobi.

Detectives from the DCI, Homicide Department will question her boyfriend to shed more light on what led to the accident.

“We’ve launched investigations into the incident. We’re told the lady fell from the staircase of the house she was living with a boyfriend here in Lamu. We’ve already arrested the man to assist in the investigations,” an officer told a local daily.

It has been rumored that Omar is a man of questionable character who likes blackmailing rich women.