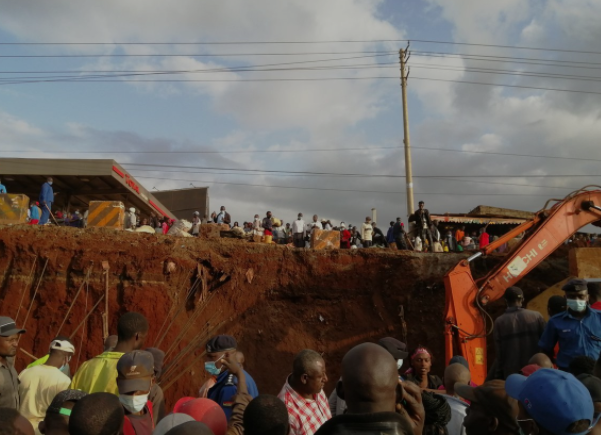 A flyover under construction at Kangemi along Waiyaki Way has collapsed leaving several people buried and others with multiple injuries.

The flyover collapsed around 5:50 Pm and efforts to rescue workers trapped under the debris are ongoing.

Around four people are believed to be trapped. Four People have been successfully rescued.

Heavy traffic has also been reported along the busy Waiyaki way stretching all the from Westlands, ABC, Delloite and kangemi as efforts to save the situation are ongoing.

18:09 A wall has collapsed on several workers on the Waiyaki way road at the Kangemi Bridge. It's not yet known how many have been trapped or what caused it. Rescue efforts are ongoing, 3 workers have bee https://t.co/6XITwHOfGn pic.twitter.com/I4I85EZ3Qe via @NjeriWangari