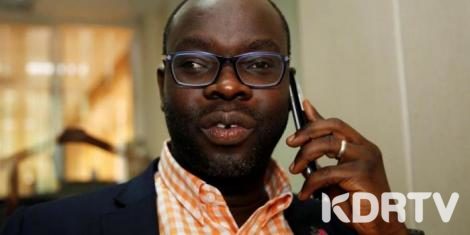 Ken Okoth is among the most celebrated people in Kenya even in his death.

He was a resilient and an ambitious leader that has been able to achieve so much in his 41 years of life, more than other politicians have managed in their decades in politics.

The death of Ken Okoth after the long-term battle with cancer has left many in shock and tears.

People were hopeful, just as himself that he would overcome the killer Cancer and supported him through prayers, donations and funding.

Yesterday after the news of his passing filled the air, social media was in a buzz with people celebrating his life while others doubting whether there will ever exist a leader such as him.

Okoth’s story is the true definition of from rags to riches, but in a positive and influential way.

Born in a humble background in Kibera and raised by a single mother, he was a very hardworking child which was reflected in his school work and social work.

He passed his examinations highly and managed scholarships to advance his learning.

Before his political career, he was a watchman and a newspaper vendor despite acquiring higher learning and graduating thereafter.

He entered the political scene and did more than most politicians have done.

He was not involved in any forms of misappropriation or scandals relating to public funds.

He was elected MP in Kibra in 2013, having come from the same environment, he was very dedicated to bringing home the bread.

He built schools, helped the poor and initiated different developments that are now part of his legacy.

In his second term, he had started  the Kibra School project which is a high storied building fully equipped and almost to completion.

Cancer is a menace and it has robbed us a legend we can’t replace.

As a country we have lost a hero and a committed leader.

His legacy however lives on and he will be celebrated even in death.