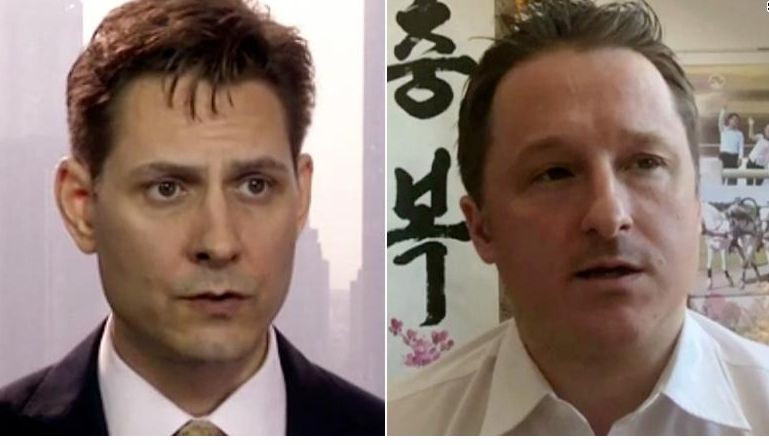 China detained two Canadians, Michael Spavor and Michael Kovrig,, after being accused by Chinese authorities of espionage in 2018: this was shortly after Canadian police arrested Meng on the US warrant.

The detentions have made the two countries have diplomatic tensions.

Many critics accused China of detaining the two Canadians in revenge for the ‘s arrestHuawei boss’s arrest by the Canadian authorities.

The two Canadian have been pleading not guilty since they were detained.

The Canadian Prime Minister said that the two have been through hell in detention..

He said the duo has been through  “an unbelievable difficult ordeal..”

“It is good news for all of us that they are on their way home to their families,” he added. “For the past 1,000 days, they have shown strength, perseverance, resilience and grace.”

The two Canadians will arrive back in their country on Saturday morning and are accompanied by Dominic Barton, Canada`s ambassador to China.

Mr. Kovrig is a former diplomat employed at the International Crisis Group, a Brussels-based think tank.

On the other hand Mr, Spavor is the founding member of an organization that facilitates international business and cultural ties with North Korea.

The US is now happy that China had realized the two Canadian nationals;; however it was worried that the duo have been through hell.

Earlier Friday, the Canadian judge ordered the release of the Huawei boss Meng Wanzhou after she arrived at a deal with the US prosecutors

“Over the past three years my life has been turned upside down,” she told reporters outside the Vancouver courthouse.

“Every cloud has a silver lining,” she continued. “I will never forget all the good wishes I received from people around the world.”

The we accused Meng of fraud before her arrest; the US accused her of misleading banks into processing transactions for Huawei that breached the US sanctions against Iran.

The elder daughter of the billionaire Ren Zhengfei who set up Huawei in 1987,, admitted misleading the HSBC about Huawei’s relationship with Skycom.

However, the US is still preparing for a trial against Huawei,, which is still on a trade blacklist.

The US in 2019 imposed sanctions on Huawei and placed it under the export blacklist.