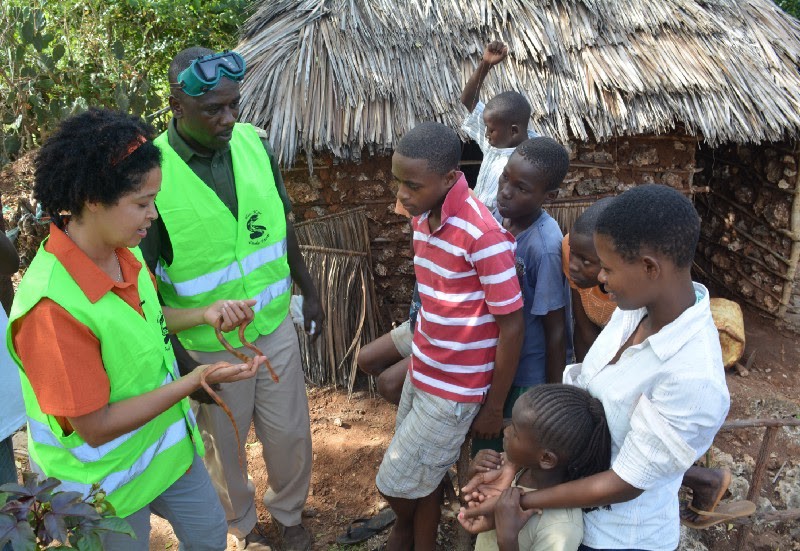 WildlifeDirect CEO and host of “Wildlife Warriors” that airs on Citizen TV, Paula Kahumbu, has won Ksh 15 million after bagging the prestigious Whitley Gold Award for 2021.

The award comes with the Ksh 15 million( £100,000) in funding that will be used for conservation matters related to wildlife.

In a statement, Kahumbu said the award shows the important work they are doing to conserve wildlife and wild places.

“We are currently campaigning to save the Amboseli wildlife dispersal area and migratory corridor which is becoming congested with developments such as mining and farming. Keeping the land open is essential for the survival of elephants and other wildlife that migrate between Amboseli and Tsavo West National Parks,” she said.

Her show on Citizen TV has been hailed as a game-changer and brings to light African conservation heroes.

“I want to see a global shift in the narrative where Africans are the storytellers about African wildlife and assume the lead in efforts to protect it,” Kahumbu stated.

Speaking at the Whitley Award Dinner hosted by the British High Commissioner Jane Marriott, WildlifeDirect Board Chair Ali Daud Mohamed acknowledged the work that Paula and the team at WildlifeDirect have been doing.

“Congratulations to Paula for winning the prestigious Whitley Gold Award. We are very excited and happy about this achievement as it affirms WildlifeDirect as a strong voice in conservation. As a board, we stand with Paula and the team for their courage and dedication despite the many challenges that they face when addressing pertinent conservation matters,” he said.

Kahumba won the Whitely Award in 2014 and 2016. Gold winners also join the Whitley Awards Judging Panel and act as mentors to new winners.

This year, Paula was in the judging panel that selected the winners for the 2021 Whitley Awards among them Sammy Safari, a Kenyan whose project focuses on transforming the future of sea turtles through coastal stewardship.