Police in Kenya were on Wednesday forced to use extra force on members of the public who were not taking the social distancing law seriously.

On Wednesday afternoon Kisii and residents of some places in Nairobi were shocked when the police used teargas canisters to disperse people from areas that were highly populated.

Mr Benard Osoro, a local in Kisii said that he was shopping at Tuskys Supermarket when he saw people running into the supermarket in their hundreds.

“Moments later I heard people wailing as the police used teargas cannisters to disperse them,” he said. 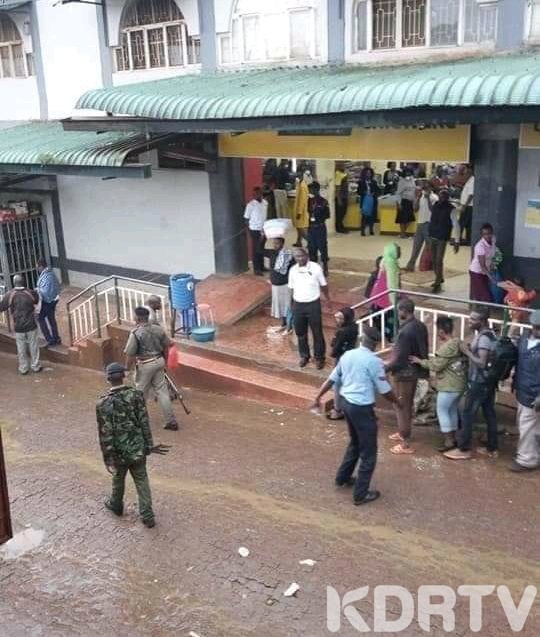 The police officers were targeting the Kisii town main stage where business has been going on as normal despite the orders issued by Health CS Mutahi Kagwe asking people to stay in their homes.

The situation was the same also within markets in Kisii as women were beaten up and sent away from the market that is opposite club Bellavista.

Members of the public however, said that the government was not serious as no-one had warned people to stop engaging in business. 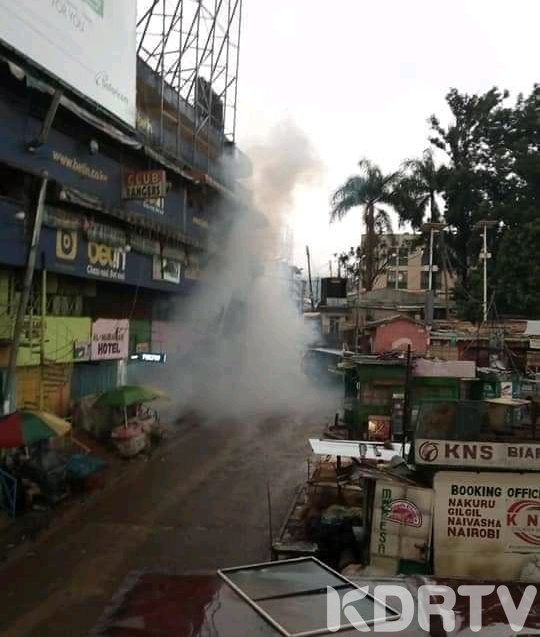 Police officers used teargas canisters to disperse members of the public in Kisii.

“What do they want us to eat, how are we going to operate surely?” posed Mary Omambia a local.

It has also emerged that Public Service Vehicles in Kisii were ignoring the rules of carrying less passengers.

KDRTV has learnt that the matatus that operate the Kisii– Nyamache, Kisii– Kilgoris and Kisii– Igare routes have been carrying excess passengers as from 5:30 PM.

In Nairobi along Ngong Road, an area where people usually buy groceries or eat in hotels police were forced to use teargas and disperse hundreds who were not following the social distancing rule.

Other areas where police were deployed to ensure that the orders issued by the Health Ministry are maintained include Githurai 45, Ruiru, Kericho and Nakuru town.

Kenya has so far confirmed 25 cases of Corona Virus with the most recent ones being 9 that were confirmed on Tuesday.

President Kenyatta is on Wednesday expected to make a major announcement towards fighting the virus that was declared by the World Health Organisation (WHO) as an epidemic.

Subscribe to watch latests videos
In this article:Coronavirus in Kenya, Kenyan police