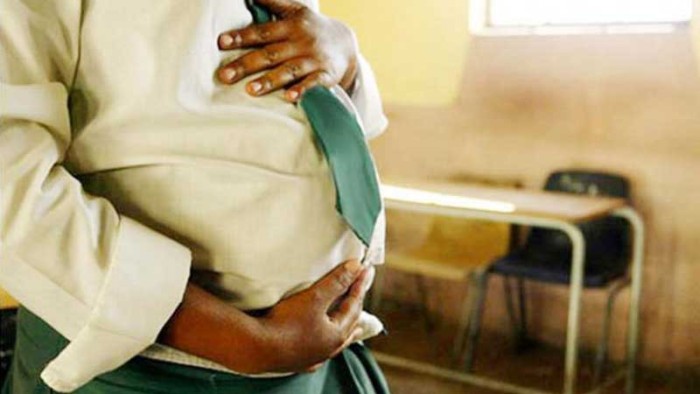 Trans Nzoia County is looking at unorthodox solutions of how it will now tackle the ballooning cases of teenage pregnancies in the county after over 11,000 schoolgirls were feared to have been impregnated by July 2021.

The cases from the county, which is the highest in Kenya, have forced leaders to relook at their approach in curbing the surge.

The administration is now planning to track the perpetrators and force their wives to dress in school uniforms hoping that it will discourage their husbands against defiling minors.

“We have started a manhunt for men who seem to have a huge appetite for school going girls and if we catch you we shall give your wife a school uniform to make her look like the girls you are running after if you seem to get pleasure in looking at girls below 18 years,” said area Chief Charles Namunyu.

“We are making it easier for them. They should simply sew uniforms for their wives and if they can’t, we will help them do that.”

Schools being closed because of the pandemic have also been blamed for the huge surge.

“Before Matiangi and Natembeya summon us we, will hunt you down and bring you to justice. Make sure you sew school uniforms for your women to quench your appetite for school girls,” the chief said.

Namunyu also urged parents to avoid solving the cases in Kangaroo courts, which, have been on the rise since Covid-19.

We know there is an increase in kangaroo courts where such cases are solved with the accused being fined as little as Ksh 50,000.”

“Let me sound a warning that as apparent if you will not report the man who impregnates your daughter, we will arrest you and the perpetrator. These children belong to the government. You as parents are only custodians,” the chief said.

Religious leaders have also waded into the matter with ACK Kitale region bishop Emanuel Chemegich blaming parents over the increase of the cases due to moral decay among parents and society at large.

“We have seen a lot of youths indulging in some behaviour due to the societal background and blame them for the increase in teenage pregnancies. In fact, a lot of the girls not going back to school,” he said.