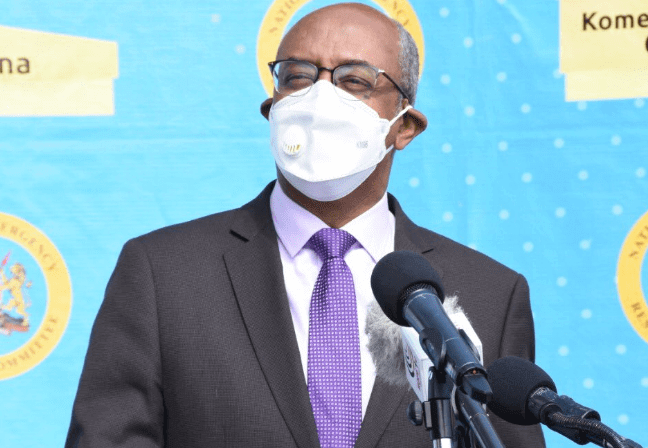 This new figure was confirmed after 7780 samples were tested in the last 24 hours.

According to the Health CS Mutahi Kagwe, 944 patients were Kenyans while 17 were foreigners, and 626 were males, while 335 are females.

The youngest patient was a five-month-old baby, while the eldest was 94 years.

The total number of national recoveries now stands at 56464

Unfortunately, Kagwe announced the demise of 10 patients raising the number of fatalities to 1484

“Our sincere condolences to the families and friends of those who have lost their loved ones,” Kagwe stated.

The announcement emerged when the Kenyan ministry of Health received a nation of assorted commodities towards the battle against the pandemic from the US embassy.