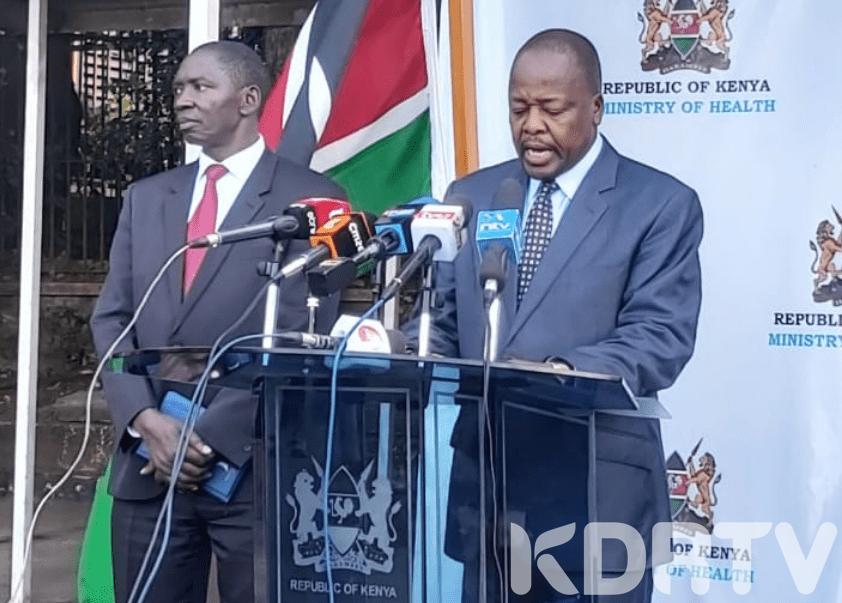 Health CS Mutahi Kagwe has promised Kenyans that they should expect some good news relating to the patients with Coronavirus in Kenya.

Speaking during a press conference on Tuesday, Kagwe who fell short of suggesting that there are some patients who could have been healed, said that someone’s prayers are working.

Kenya has 25 confirmed cases of the dreaded virus. nine new cases were confirmed on Tuesday.

The CS said that all the patients are stable. He said that it is only a Frenchman in Kilifi County who is using an Oxygen machine. The machine was airlifted to the patient on Monday. He said that the French national is also responding well to medication.

“The French man in Kilifi is responding well. Soon we will be happy with progress reports. Someone’s prayer is being answered,” Kagwe said.

Kagwe further announced that the government had received 25,000 test kits from Chinese billionaire Jack Ma. He said the government will increase the number of patients tested per day.

“We are going to increase our testing services. This might be the solution. We are looking for the possibility of fast testing kits and we are in contact with the Chinese govt,” Kawe said.

Currently, Kenya can process up to 360 tests in 24 hours. The Ministry of Health is planning to establish another testing centre at the Moi Teaching and Referral Hospital in Eldoret.