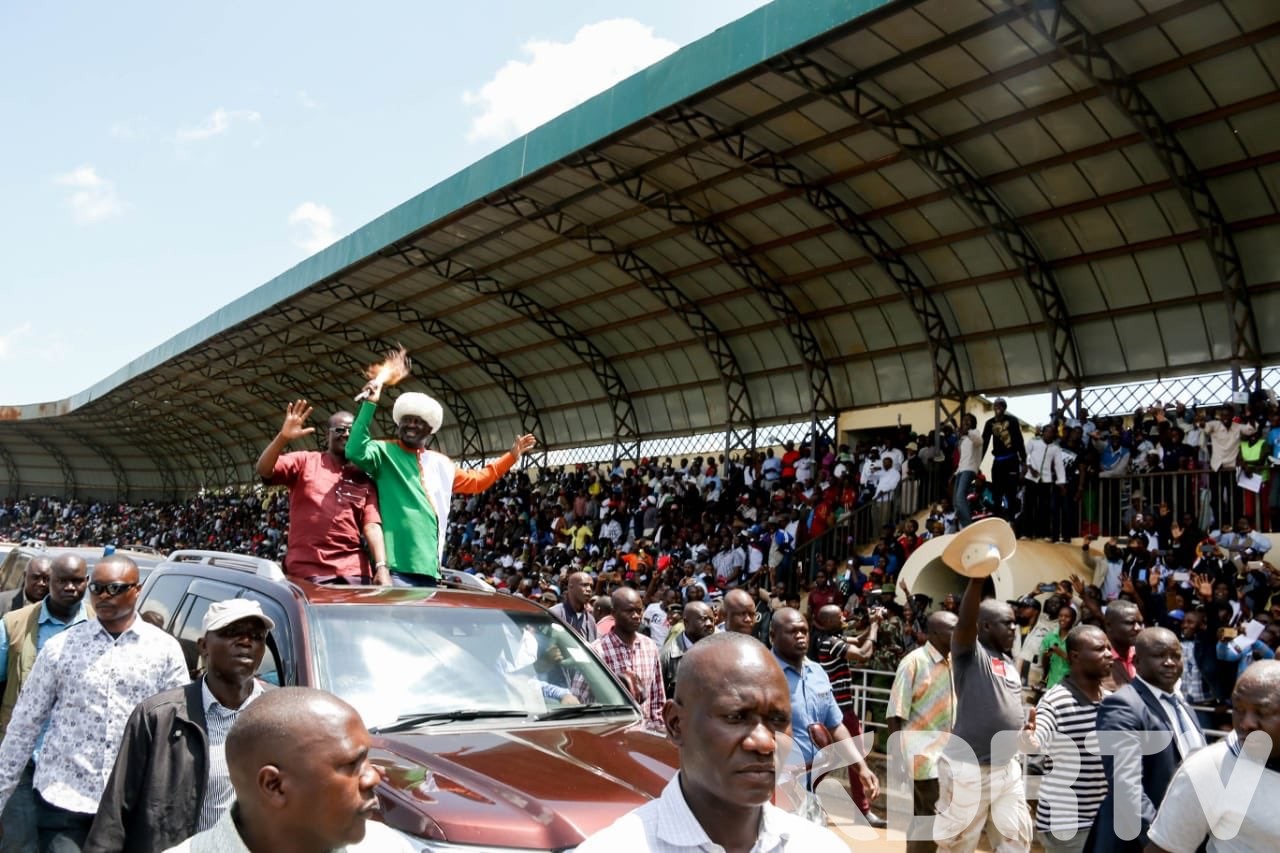 (KDRTV) – ODM leader Raila Odinga is expected to be the chief guest at the North Rift BBI rally which will be held in Eldoret on March 21.

On Monday, Elgeyo Marakwet Governor Alex Tolgos, who is leading the team in charge of organizing the rally told a local daily that the rally will go on as planned after earlier claims that it had been cancelled.

“The Eldoret BBI meeting will take place on 21st March. Nobody has cancelled it and our plans are almost complete. Kenyans should be ready for it,” Tolgos told Daily Nation.

Eldoret is the backyard of Deputy President William Ruto, who has opposed the BBI rallies, claiming the initiative has been hijacked by Raila Odinga with an aim to derail the Jubilee Development Agenda.

Read Also: Kikuyus Will Vote for Ruto because he is a thief, Just like them

Last week, MPs Caleb Kositany (Soi) and Oscar Sudi (Kapseret) organized a press conference in Eldoret Town in which they announced that they have banned BBI rallies in  Uasin Gishu. The two are allies of the DP.

Ruto has been a major talking point in all the BBI rallies that have been held so far. On Saturday in Meru, former Jubilee Vice Chair David Murathe told the crowd that President Uhuru would not leave power to a thief. On his part, COTU Secretary General Francis Atwoli warned that Ruto would run away with the Central Bank of Kenya if he is allowed to be president.

Kenyans will now wait to see if the likes of Atwoli will address the Eldoret rally. It would be interesting to see if Raila and BBI proponents will even attend the rally.

Ruto has been very vocal against the ‘nobody can stop reggae’ song being used as the BBI anthem.

“I want to say for the avoidance of doubt that Kenya is a country of prayer and not reggae and magicians. We will stop this reggae,” he said at a church fundraiser in Kakamega County on Sunday.

If Ruto believes he can stop reggae, he should start with stopping the BBI rally in Eldoret. But the best part would for him to attend the function.