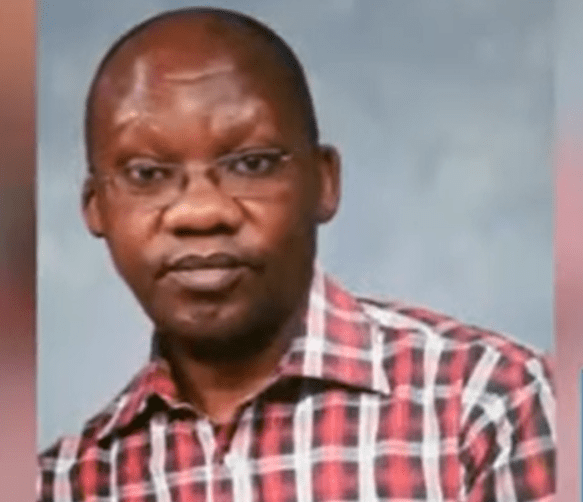 KDRTV NEWS: James Gakara, the doctor who allegedly killed his two kids, has died in the Nakuru Level 5 Hospital ICU.

The deceased was found unconscious in his Milimani home in Nakuru and was taken to hospital; he was admitted to ICU.

Reports indicated that Gakara was an obstetrician at the Optimum Current Hospital in Nakuru.

He is the primary suspect in the killing of his two children, aged 3 and 5.

Police reported alleges that the deceased injected the kids with a killer substance before attempting suicide.

READ ALSO: “I Failed to Protect You,” Sad Message From The Mother of Kids Killed by Nakuru Doctor

The police said that they found a used syringe and a kitchen knife at the crime scene.

The remains of the children were found with foam oozing out of their mouths, while the doctor was found lying on the bed unconscious.

The deceased was then taken to Nakuru hospital pending questioning and arrangement for murder charges.

“Neighbours had become suspicious after the doctor locked himself up with the children which they found unusual,” read the police report.

However, the family denied reports that Gakara killed his two kids.

According to the family, the deceased always loved and protected his kids, and that the sad news was just like a bad dream to them.

The incident occurred when Mr. Gakara`s wife traveled to Nairobi.

The mother has mourned her two kids saying that they had been betrayed by someone they trusted the most.

It was not clear if Mr. Gikara and his wife had some misunderstandings before traveling to Nairobi.