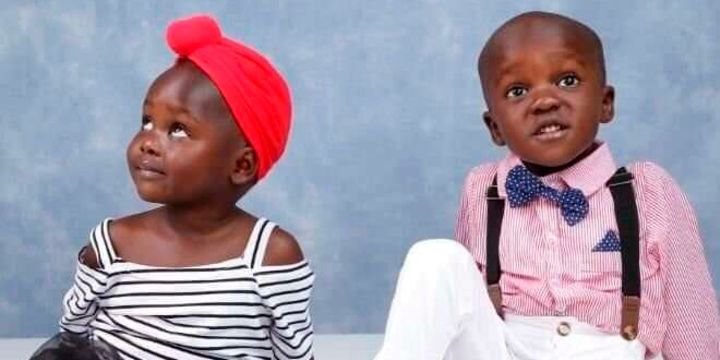 Winnie Odhiambo, the mother of the two children who were found dead in their home in Nakuru County on Saturday night, feels there was something she could have done to save her life.

Odhiambo, who is married to James Muriithi Gakara, an obstetrician at Optimum Current Hospital in Nakuru, took to social media to mourn the two kids blaming herself for failing to protect them.

“My heart is shattered; I failed to protect you my loves,” she said.

“The person you trusted the most betrayed you my darlings, I promise to fight for justice for you; Go well my sweethearts.”

Karuana Gakara,3 and Dylan Gakara, 5, who are suspected to have been killed by their father.

The distraught mother of five-year-old Dylan Gakara, and Karuana Gakara, aged three left the kids in the morning for Nairobi only to be informed later they were dead and her husband is fighting for his life at the Nakuru Level 5 Hospital under the watch of police officers.

According to Gakara’s sister, Mary Gakara, the doctor loved and cherished his kids and couldn’t have murdered them regardless of the situation at hand.

“I know my brother very well. He would do anything to protect his children. He is also not the kind of person to commit such an act,” she said.

“As a family, we still don’t believe that my brother killed his children and tried to take his own life. The story being advanced by authorities does not add up.”

The family now wants an investigation to be launched on the matter.

“We have some persons of interest who are yet to give an account of what happened. Dr Gakara was rarely alone with his children as it has been alleged. We hope that those yet to record statements will shed light on the matter,” she said.

“My brother was at the best stage in his life. He greatly loved his children. What happened is still like a bad dream to us.”