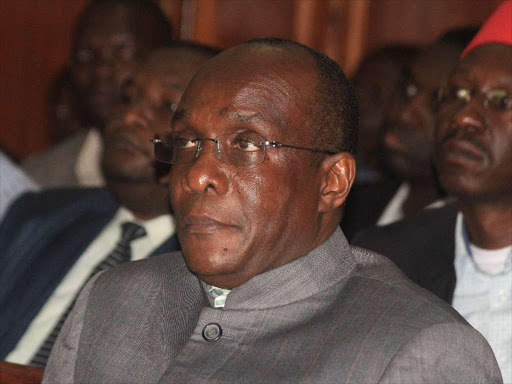 (KDRTV) – Deputy President William Ruto is believed to have convinced renown strategists Barack Muluka and Eliud Owalo to his secretariat ahead of the 2022 elections.

Muluka, a former ANC Party Secretary-General, dramatically resigned from the Musalia Mudavadi led party on Thursday. He said he had fulfilled all the assignments handed to him by the party and that his exit would allow Mudavadi to give the party a new lease of life.

“I doubt I could add more value to what I have done so far. Moreover, it is now fitting that the space around you should be de-congested. This will allow you to make critical decisions on the population and leadership under the new constitution,” reads part of the resignation letter.

Mudavadi later nominated former Kibra parliamentary aspirant Eliud Owalo as the new ANC Secretary-General. However, this did not last long as Owalo resigned from the party less than 24 hours later. Interestingly, Owalo also cited the same reasons; “to enable the ANC strategically position itself effectively in the operational environment and craft a suitable road map moving forward without feeling suffocated by my views and suggestions.”

My communication confirming my formal resignation from the @anc_party. pic.twitter.com/bSf8CoN7NA

KDRTV can now confidently report that the two men are headed to the Ruto secretariat. Muluka is an experienced political strategist having worked with Raila Odinga in 2013 and previously President Uhuru Kenyatta.

Owalo also has extensive knowledge in Kenyan politics. He was a key ally of Raila in both 2013 and 2017 elections. He served as a member of the NASA Secretariat in 2017.

Owalo says NO to Mudavadi.

They couldn't say NO to his inducements.

Ruto hopes to tap their knowledge and expertise in Kenyan politics ahead of what looks like a gruelling race for State House.