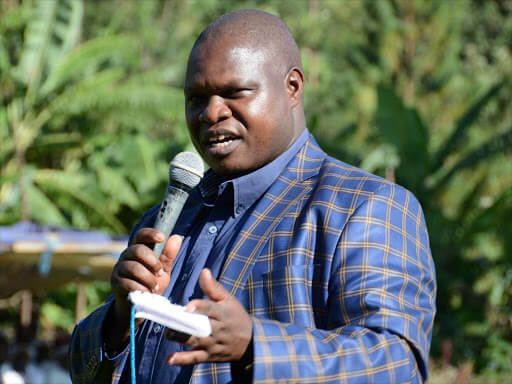 DP Rutos Ally Arrested In Kisii While Waiting To Receive Him

Maangi was arrested while waiting to welcome Deputy President William Ruto ahead of Nyachae`s burial.

Both President Uhuru Kenyatta is expected to attend the burial of Simeon Nyachae.

Maangi`s aide said that the detectives ordered the Deputy Governor to enter their car and then dashed to CID offices in Kisii town where he is being interviewed.

READ ALSO: About The Gusii Community from Nyanza Province in Kenya

The reason why Maangi was arrested is not yet clear.

“We don’t know why they arrested him, they did not give reason why they were picking him for, they only told him to enter theit car before they left to Central Police Station where they are interrogating him,” said an aide.

KDRTV is finding out if the arrested is connected to that of former ODM branch executive Samuel Omwando.

Currently, Maangi is the chair of Tangatanga wing in Kisii.