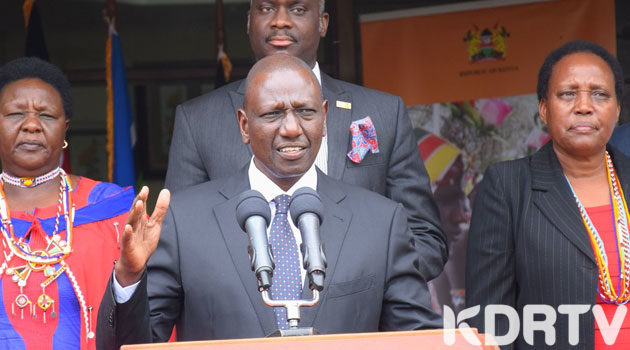 The Deputy President William Ruto has resolved to downplay the journalists` bid to have him comment on the alleged assassination plot on him, after a press conference on female mutilation at his Karen residence office in the capital of Kenya.

After the press briefing, the DP waved at the journalist moments before retreating to the building.

However, the pressmen remained outside the building hoping the Ruto would show up and comment about the alleged assassination plot.

Surprisingly, moments later, security personnel commanded the reporters to leave the premises, a clear indication that the DP had declined their bid to speak about the matter.

DP Ruto has decided to keep mum since the alleged assassination stormed the Jubilee government.

KDRTV understands that despite the murder assertions, the DP has not recorded an official statement on the matter with the concerned authorities. This also prompted the suspects to somewhat hesitate from recording a statement with the authorities.