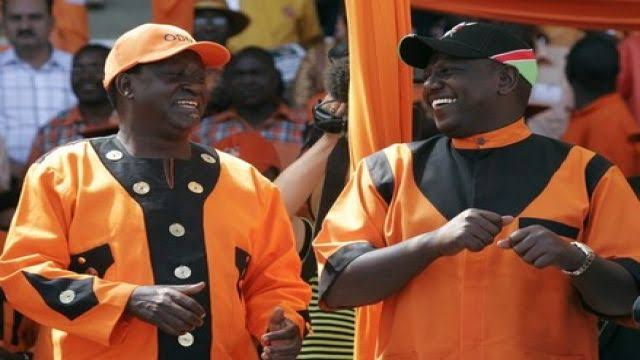 Ruto
KDRTV News -Deputy President William Ruto has joined the rest of the country in wishing former Prime Minister Raila Odinga a happy birthday.
Taking to social media, the second in command put their political differences aside to wish the former premier a happy birthday on Friday, January 7, 2022, as he turns 77 years old.
“Happy birthday Jakom. May you be blessed with many more,” the UDA leader wrote.
Many Kenyans were taken aback by the message, as they had not expected the DP to join other Kenyans in wishing the ODM leader well.
The DP’s message joins a slew of others from national officials, including a veteran politician Charity Ngilu, Kilifi Governor Amason Kingi among others.
READ ALSO: Why Ruto & Raila Are Not In Hurry To Name Running-Mates
The DP celebrated his birthday a fortnight ago, and the ODM leader was not among the many Kenyans who wished him well.
Raila and DP Ruto are widely regarded as the primary protagonists in the 2022 election, which has been described as a two-horse contest.
Raila Odinga’s birthday party is presently underway in Kenya’s Bomas, where he will be joined by other political heavyweights to celebrate his birthday.
Members of the public, county assembly members, parliamentarians, senators, governors, and other dignitaries are scheduled to attend Odinga’s birthday party. 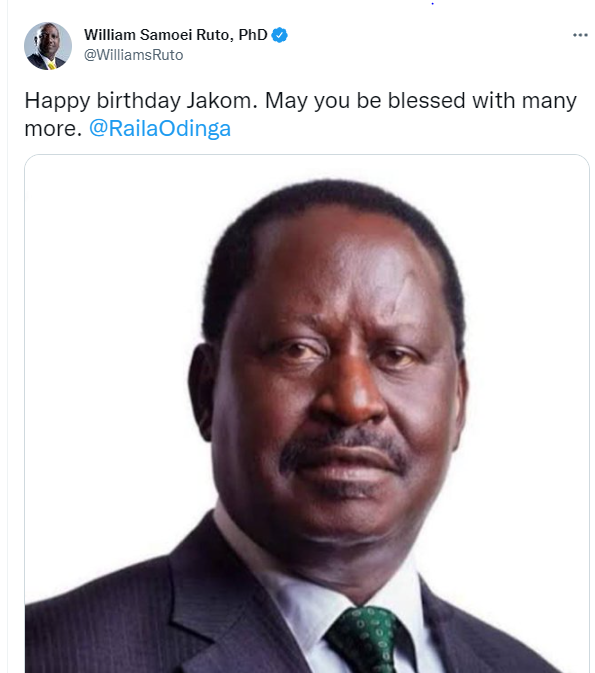 Subscribe to watch latests videos
In this article:Happy Birthday Raila