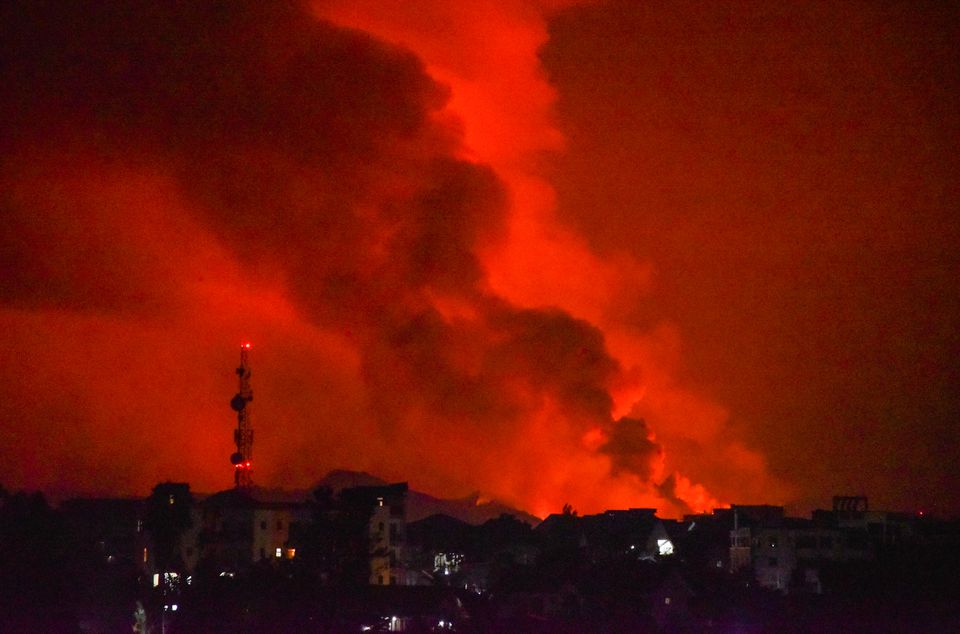 KDRTV has confirmed that lava from volcanic eruption from Mount Nyiragongo in Nigeria has reached Goma town and consequently has sparked mass evacuation.

According to news that were confirmed by our correspondent in DRC, the lava flow reached the town has a population of two million residents, however, we have confirmed that the flow has stopped.

The mountain is located 1o miles from Goma town: the last eruption in 2002 killed 250 people and led to mass evacuation of around 120000 people

The evacuated residents of the town reportedly headed towards the Rwandan border while a section of them moved to higher areas towards the west of the city.

According to our respondents, many people were seen carrying mattresses and other essential belongings seeking safety after the eruption.

On the other side, according to authorities from Rwanda has confirmed that around 2000 people has crossed the birder to the Rwandan side seeking refuge

KDRTV understands that the last eruption that occurred in 2002 killed around 250 people and made about 120000: so far KDRTV has not verified any fatality after the the lava flow reached the the Airport at GOMA town

KDRTV talked the the DR Congo authorities who confirmed that they are considering urgent measures to mitigate the situation.