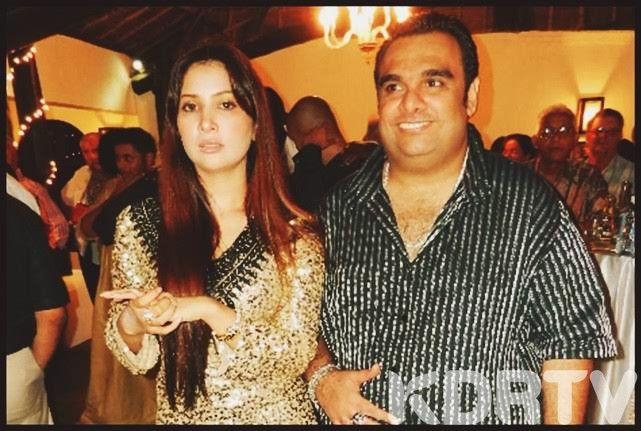 Top government officials including a CS, PS and some legislatures are holding onto their dear lives dreading the return of tycoon and drug Lord Ali Punjani.

The wanted tycoon has postponed his return back to Kenya twice in two weeks from India where he is recovering after a heart surgery was performed.

Punjani has been sort out by the police regarding drug peddling with an arrest warrant issued on him immediately he returns home.

His lawyer Jared Magolo last week made a never heard before application in court seeking anticipatory bail preventing and baring the security officers from arresting him.

“We fear my client might be arrested on his arrival from India where he was recovering due to the statement the police had initially made. My client is willing and ready to cooperate with the police during the investigations thus no need to arrest him on his arrival,” said Magolo.

His return has put a lot of pressure to the top government officials suspected to be orchestrating his drug business.

During the trial of the Akasha brothers, Punjani was mentioned by different witnesses who affirmed the existence of his drug empire.

Jubilee’s party Stanley Livondo was also mentioned as an owner of a drug dynasty that was rivaling the Akasha brothers.

This has put majority of the legislatures who were linked to the tycoon in shambles since his return would unmask the true people behind drug trafficking in Kenya.

Several allegations have been made regarding the tycoon’s involvement with politicians across the rifts of Western, Nyanza, Coast and even the Rift Valley. He has supported and funded a few of the politician campaigns before aligning into power.

“I am very close to different politicians and share different interests. I have played a big role I the Hospitality and real estate industries by creating employment and financing the projects,” said Punjani in an interview dating back to 2013 when Kibaki and Raila co-governed the country.

A cabinet secretary serving in the current administration, a PS and a high commissioner to an African country are among the speculated people in power that have managed to protect Punjani’s drug dynasty and even taken part in different deals.

Sources that remain anonymous have indicated a much bigger involvement of politicians in the drug trafficking business, with top judges and magistrates quoted to have orchestrated transportation and participated in hiding evidence against the drug baron.

Among other people on punjani’s payroll are a group of police officers who are close confidants and allies to the tycoon, offering him protection and alerting him on every government move to stop or slow his business.

On the day before his house was raided, it was alleged that the police officers had tipped him off and aided him in hiding all evidences linking him to drug trafficking hence the reason why nothing implicating enough to sustain as evidence was found in his house.

The Punjani drug dynasty is not an ordinary one as top government officials are centered all round, and although the international authorities are involved, it would be a hard nut to crack. Either the tycoon goes down with all the politicians and legislatures involved or none goes out and the case is buried and forgotten.