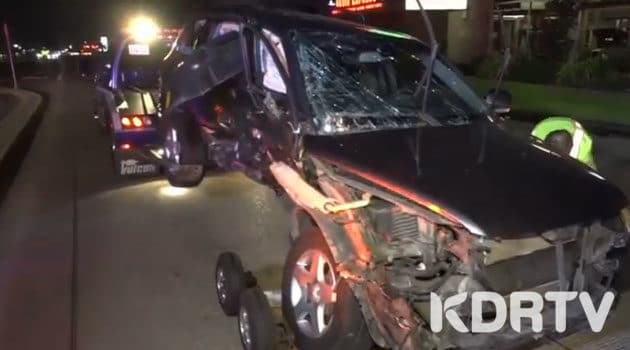 A catholic priest has been put on the spotlight after he was involved in a car accident that killed three and left one in critical condition before fleeing scene.

According to the police, the victims, the husband who was a pastor, the wife and a third passenger died on the spot before the police arrived.

Their son however was in critical condition and was rushed to the Isiolo County Referral Hospital.

The accident was a head on collision along Isiolo-Meru road at Maili Saba as the victims were on their way to bury kin.

The Police Commander of the area affirmed the happening of the accident adding that the son was the only survivor who managed to identify the priest.

A haunt for the priest was commenced with investigations indicating that he had checked in at a nearby private hospital and treated for minor injuries before being discharged.

Drunken driving has been a menace in Kenyan roads and has claimed the lives of many people.

The government has established ways to curb the menace by introducing Alco-blow which identifies the drunk drivers through blowing into a gadget that measures the percentage of alcohol in the body thereafter charged depending on the circumstances.

The police have called on all road users to be vigilant on the roads and obey traffic rules by avoiding drinking and driving.

Meanwhile, the bodies of the three victims were taken to the mortuary for preservation.