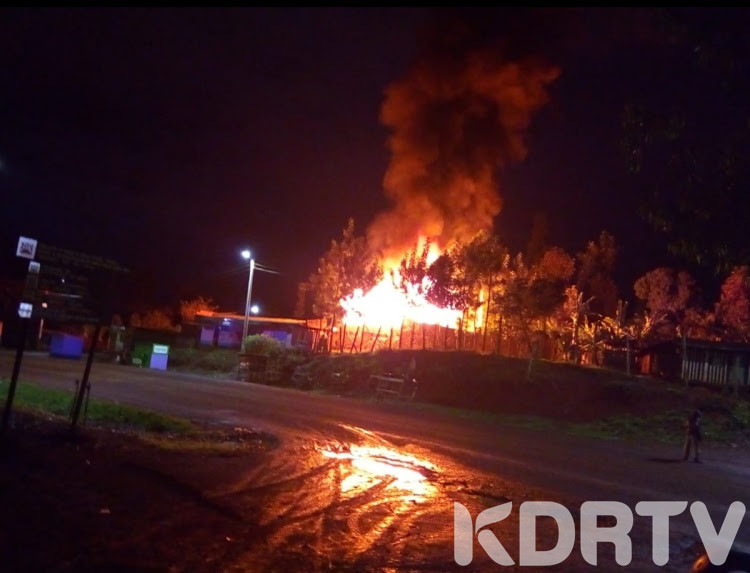 Property of unknown value was destroyed after a 2:00AM fire incident razed a bar and vehicles in Embu East at Kathageri area.

So far, nobody has been reported injured although the fire has been estimated to have caused a huge loss to the premises owner.

After the fire broke out, people rushed to the scene to try and put it out to no success as the premises were near an electric pole.

“At one time we had to run from electric sparks emanating from a pole that connects the premises to electricity,” said a resident at the scene.

At the same time, the residents faulted the county government for lack of adequate equipment to help in such scenarios adding that the property would have been saved.

According to the residents, there was only one fire engine in Embu town which was depended on, and the distance was quite far, yet the fire needed prompt measures to put it off.

“We need a fire engine in Runyenjes to avert the loss of property and lives during fire incidents,” said Paul Mugo, a resident present at the scene.

The security officers are investigating the circumstances under which the property was set ablaze, calling upon resident s to be patient, while giving directives to have them stay away from such incidents as they might escalate and lead to massive deaths.