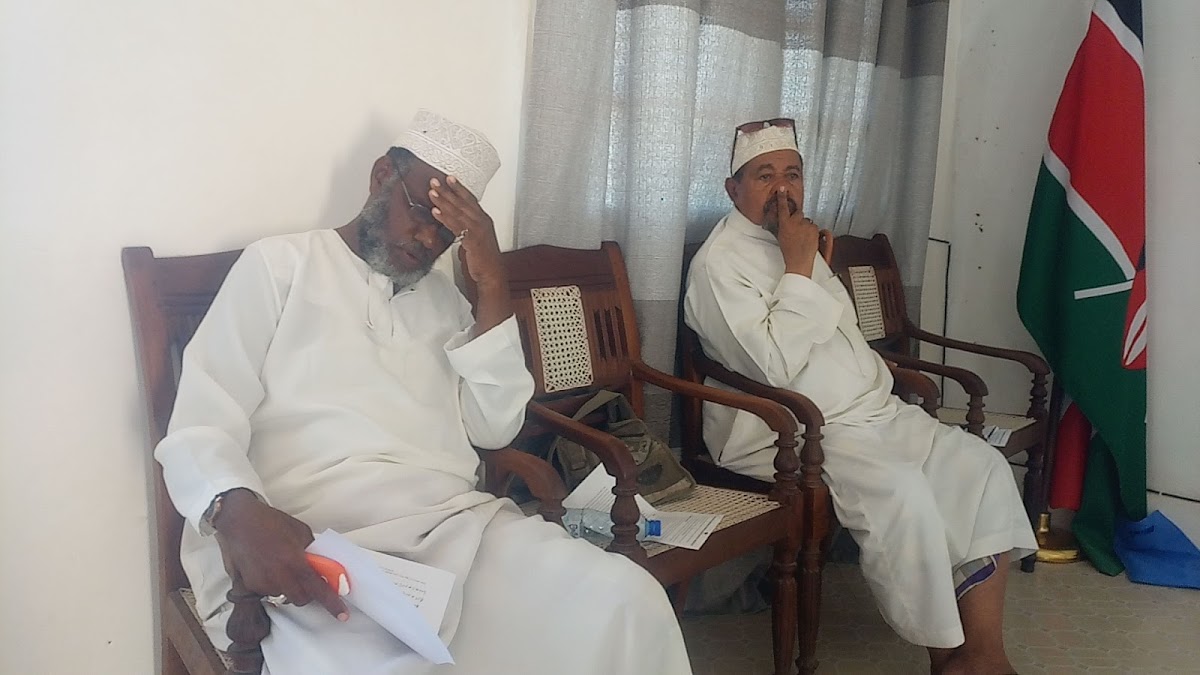 The four-minute clip that has been doing rounds on social media shows the four young Muslim girls from Lamu town having sex with a man whose face was hidden.

Sources claim that the women were paid handsomely to shoot the video.

The video has angered many in Lamu, a predominantly Muslim region that strictly adheres to family values and forbids any pornographic acts.

On Monday, religious leaders and the Lamu Women Alliance launched a campaign dubbed ‘Restore Dignity’ after storming the Lamu police station demanding the arrest of the five people in the shocking video.

“I am calling upon the community, parents and elders to join hands and help restore sanity in our children,” said Coast Inter-Faith Council of Clerics chairperson and Lamu elder Mohamed Abdulkadir.

“This is proof enough that our young people have thrown caution to the wind and are copying western behaviour which is obviously misleading and dirty.”

READ ALSO: They Are Tourists- Govt Finally Gives Surprising Explanation Why Hundreds Of Pakistanis Are Being Spotted Allover Nairobi

Police have managed to arrest one of the women whose face was shown and is currently helping them dig out the other four suspects.

The 22- year-old woman hasn’t revealed any other information on the video.

Lamu Women Alliance chairperson Raya Famau said that her organisation will start a door-to-door campaign in an effort to counsel young women in the town.

She also warned individuals engaging in commercial sex that they have no place in Lamu.

“Our women need to know they shouldn’t have sex until after marriage. We also know that those who posted the videos are trying to advertise Lamu for commercial sex, but we want to tell them it won’t happen,” Famau said.

Subscribe to watch latests videos
In this article:Lamu, Lamu County